Toxic algae may be linked to neurodegenerative disease in dolphins • Earth.com 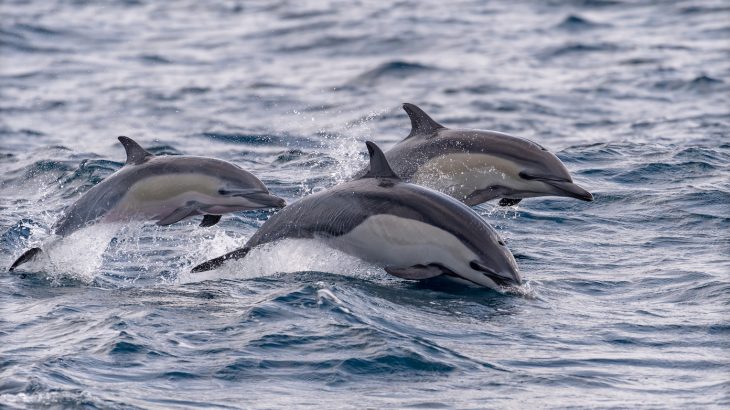 Toxic algae may be linked to neurodegenerative disease in dolphins

A team of researchers led by the University of Miami has found that toxic chemicals in ocean algae may be causing neurodegeneration in dolphins. The toxic algal blooms contain a neurotoxin called BMAA, which has previously been linked to a protein involved in Alzheimer’s among nonhuman primates.

Evidence of BMAA has also been found in the brains of deceased Alzheimer’s patients and in those who suffered from another neurodegenerative condition called amyotrophic lateral sclerosis (ALS), which is commonly known as Lou Gehrig’s disease.

“The findings of protein-bound BMAA in brain tissues from patients with Alzheimer’s disease has advanced the hypothesis that BMAA may be linked to dementia. Since dolphins are apex predators and consume prey containing high amounts of BMAA, we examined necropsy specimens to determine if dietary and environmental exposures may result in the accumulation of BMAA in the brains of dolphins,” wrote the researchers.

The investigation was focused on 14 dolphins that washed up in Florida and Massachusetts. Using two analytical methods of liquid chromatography, the experts found significant levels of BMAA in all but one of the dolphins. The animals also showed neurodegenerative changes that resembled those seen in patients with Alzheimer’s.

The study revealed that the amount of BMAA found in the dolphins’ brains was 1.4 times greater than levels observed in the brains of human patients with Alzheimer’s and ALS.

The experts noted that the findings do not confirm that BMAA is the direct cause of neurodegeneration in dolphins, but the research indicates that there is a correlation.

Study lead author David Davis is a neuropathologist at the University of Miami Miller School of Medicine. “Not to be too political, but it goes to show the health of marine animals and water quality,” Davis told the Miami Herald. “Everything’s directly related.”