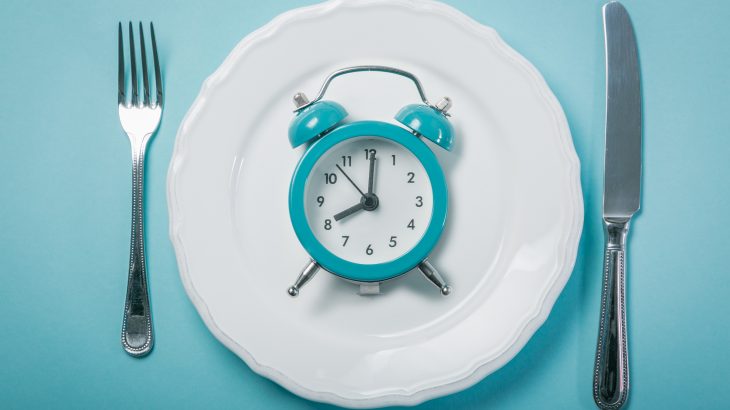 Calorie restriction, intermittent fasting, and alternate-day fasting (ADF) have all been under recent scrutiny by researchers investigating the biological effects of fasting diets.

But now, a new study from the University of Graz in Austria is the first of its kind to find numerous health benefits of strict ADF in healthy people.

“Strict ADF is one of the most extreme diet interventions, and it has not been sufficiently investigated within randomized controlled trials,” said Frank Madeo, a professor of the Graz Institute of Molecular Biosciences. “In this study, we aimed to explore a broad range of parameters, from physiological to molecular measures. If ADF and other dietary interventions differ in their physiological and molecular effects, complex studies are needed in humans that compare different diets.”

Over the course of four weeks, 60 healthy participants of normal weight were divided up into either ADF or an ad libitum control group. Those in the latter could each at much as they wanted, whereas those in the ADF program alternated 36 hours of zero-calorie intake with 12 hours of unlimited eating. Those in this group also took part in glucose monitoring to ensure they did not take in calories during fast days.

The researchers also studied a group of 30 people who had already partook in strict ADF for more than six months prior to the study enrollment. These participants were compared to normal, healthy controls who had no fasting experience.

“We found that on average, during the 12 hours when they could eat normally, the participants in the ADF group compensated for some of the calories lost from the fasting, but not all,” said Harald Sourij, a professor at the Medical University of Graz. “Overall, they reached a mean calorie restriction of about 35% and lost an average of 3.5 kg [7.7 lb] during four weeks of ADF.”

In the ADF group, the researchers found several biological effects from the fasting regimen. The ADF participants had fluctuating downregulation of amino acids, specifically the amino acid methionine, which has been shown to cause lifespan extension in rodents.

Furthermore, these participants had continuous upregulation of ketone bodies, reduced levels of sICAM-1 (a marker linked to age-associated disease and inflammation), lower levels of triiodothyronine without impaired thyroid gland function (linked to longevity in humans), lowered levels of cholesterol, and reduction of belly fat. 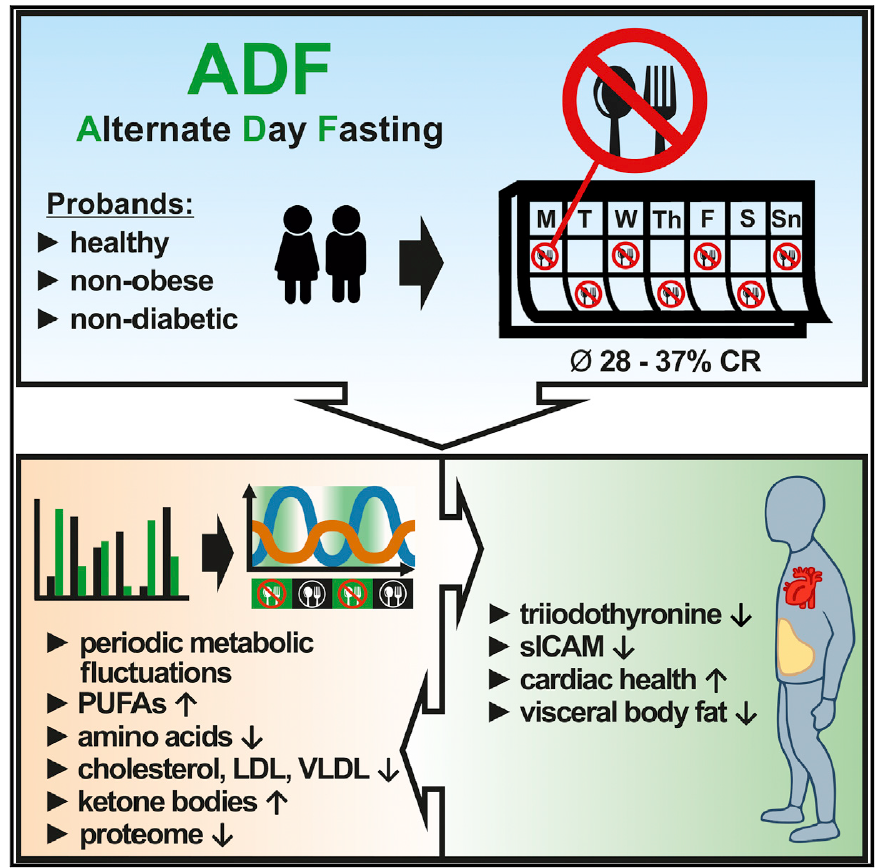 “Why exactly calorie restriction and fasting induce so many beneficial effects is not fully clear yet,” said Thomas Pieber, head of endocrinology at the Medical University of Graz. “The elegant thing about strict ADF is that it doesn’t require participants to count their meals and calories: they just don’t eat anything for one day.”

“The reason might be due to evolutionary biology,” Madeo explained. “Our physiology is familiar with periods of starvation followed by food excesses. It might also be that continuous low-calorie intake hinders the induction of the age-protective autophagy program, which is switched on during fasting breaks.”

Even though ADF shows health benefits, the researchers note that they do not recommend ADF as a general nutrition plan for everyone.

“We feel that it is a good regime for some months for obese people to cut weight, or it might even be a useful clinical intervention in diseases driven by inflammation,” Madeo said. “However, further research is needed before it can be applied in daily practice. Additionally, we advise people not to fast if they have a viral infection, because the immune system probably requires immediate energy to fight viruses. Hence, it is important to consult a doctor before any harsh dietary regime is undertaken.”

This study is published in Cell Metabolism.