An outbreak like the 1918 flu pandemic could kill 147 million today • Earth.com 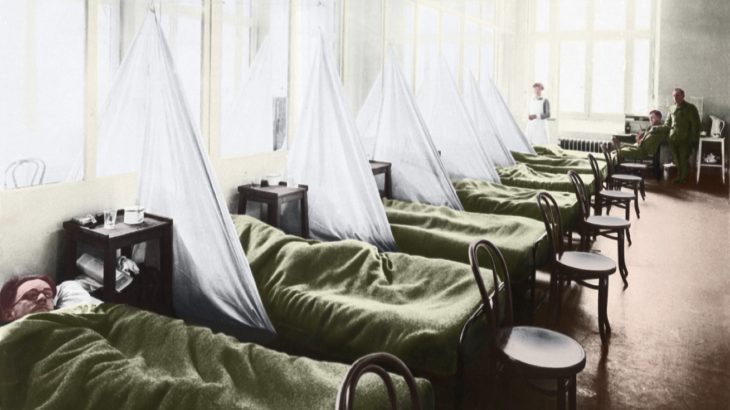 One hundred years have now passed since the worst flu outbreak in recorded history, the 1918 influenza pandemic. If a similar outbreak occurred today, scientists estimate that the death toll could reach as high as 147 million.

A new investigation into the factors that drove the severity of the 1918 pandemic may help to save lives in the event of future outbreaks.

While the world is better prepared for a flu pandemic today, the researchers have identified new challenges that will affect the impact of the next influenza virus outbreak such as antibiotic resistance, climate change, and shifting population demographics.

“We’ve seen three additional influenza pandemics since 1918: the 1957 ‘Asian’ flu, the 1968 ‘Hong Kong’ flu and the 2009 ‘swine’ flu. Although milder than the 1918 pandemic, these highlight the constant threat that influenza virus poses to human health,” explained Professor Katherine Kedzierska of the Peter Doherty Institute for Infection and Immunity.

Dr. Carolien van de Sandt added: “Like the 1918 pandemic, the severity of any future outbreak will result from a complex interplay between viral, host, and societal factors. Understanding these factors is vital for influenza pandemic preparedness.”

During the 1918 influenza pandemic, one-third of the global population was infected and 50 million people were killed. There were many people who managed to overcome a severe infection while others experienced only mild symptoms.

“We always wondered why some people can effectively control viral infections while others succumb to the disease,” said Professor Kedzierska. To investigate this as well as why the event was so intense, the research team reviewed a large number of influenza studies.

The experts found that one explanation for the severity of the outbreak was the viral strain itself. Studies showed that the 1918 virus could spread to other tissues beyond the respiratory tract, causing more widespread damage. The virus also had mutations that enabled it to spread more easily between humans.

Today, scientists have the resources to measure the pandemic potential of new viruses, both in animals and in humans. However, the study authors pointed out that these surveillance efforts are required across the world, and climate change will make the need for global inspection even more urgent.

According to the study, public health is another important factor that will influence the intensity of future pandemics. In 1918, people suffering from malnutrition and underlying diseases were more likely to die from the infection, and this is still relevant today.

Climate change is threatening to cause crop losses and malnutrition, while increasing antibiotic resistance is threatening a higher occurrence of bacterial infections. Obesity also poses another challenge, because this condition increases the risk of dying from influenza.

“Until a broadly-protective vaccine is available, governments must inform the public on what to expect and how to act during a pandemic,” said Dr. van de Sandt. “An important lesson from the 1918 influenza pandemic is that a well-prepared public response can save many lives.”

The study is published in the journal Frontiers in Cellular and Infection Microbiology.