Ancient Alaskan hunters were more advanced than was thought • Earth.com 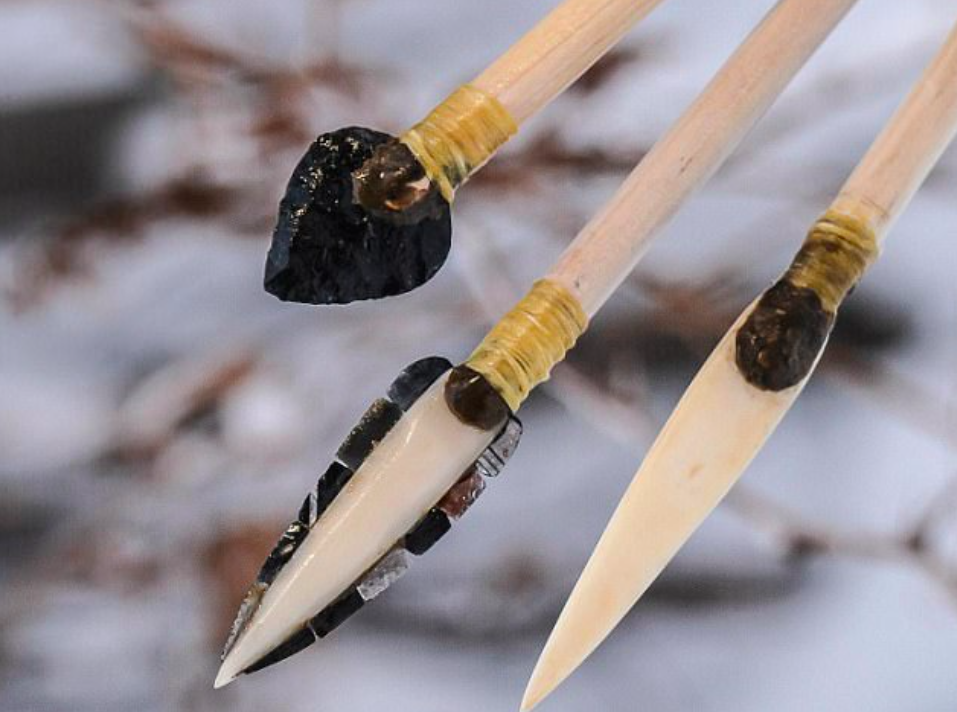 Ancient Alaskan hunters were more advanced than was thought

A team of archaeologists from the University of Washington reconstructed weapons used by Alaskan hunters thousands of years ago. The study revealed that the ancient hunter-gatherers of this region were very skilled in creating the most effective points for various targets.

“The hunger-gatherers of 12,000 years ago were more sophisticated than we give them credit for,” said study co-author Ben Fitzhugh. “We haven’t thought of hunter-gatherers in the Pleistocene as having that kind of sophistication, but they clearly did for the things that they had to manage in their daily lives, such as hunting game.”

“They had a very comprehensive understanding of different tools, and the best tools for different prey and shot conditions,” he said.

Between 10,000 and 14,000 years ago, Alaskan hunting weapons were made with a variety of projectile points. The hunter-gatherers of this time used different lethal weapons for hunting caribou, reindeer, and other animals.

According to the experts, some types of ancient projectile points originated in Eurasia and Africa and made their way to Alaska before the end of the Ice Age.

Kim Eckart, a staff writer for the University of Washington, explained in a press release: “These included rudimentary points made of sharpened bone, antler or ivory; more intricate, flaked stone tips popularly familiar as “arrowheads”; and a composite point made of bone or antler with razor blade-like stone microblades embedded around the edges.”

The researchers set out to examine the effectiveness of these three different types of points. They reconstructed 30 projectile points, including ten of each kind, and tested to see how well they could damage two different targets including a reindeer carcass.

The study revealed that the ancient Alaskan hunters were advanced enough to choose the most effective weapon for each target.

“We have shown how each point has its own performance strengths,” explained study co-author Janice Wood. “It has to do with the animal itself; animals react differently to different wounds. And it would have been important to these nomadic hunters to bring the animal down efficiently. They were hunting for food.”

Wood said that this research provides a look into “the capacity of the human brain to come up with innovations that ultimately changed the course of human history.”

The study is published in the Journal of Archaeological Science.