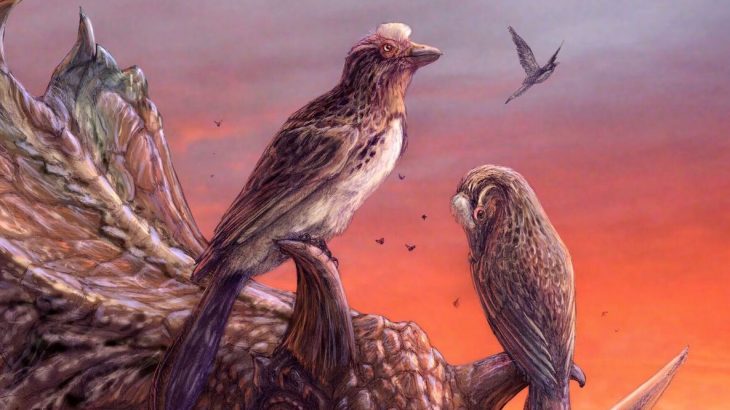 Ancient bird fossil reveals clues about the evolution of flight

The most complete skeleton ever found from a long-extinct group of birds called Enantiornithines has been recovered in Utah. The 75-million-year-old fossilized bird is providing researchers with important new insight into the evolution of flight.

The skeleton showed evidence of advanced adaptations for flying, which suggests that the ancient species evolved these features separately from modern-day birds.

The enantiornithine fossil described in the current study is from the Kaiparowits Formation in Utah and has been named Mirarce eatoni.

Mirarce is unique because it is the most complete enantiornithine bird fossil ever discovered in North America. It is also special because it is one of the largest birds known to be recovered from the Age of Dinosaurs.

Most Cretaceous birds were the size of crows, but Mirarce was about the size of a turkey vulture. This fossil is explaining trends in enantiornithine evolution, as well as bird evolution in general.

On the surface, enantiornithines look like modern birds, yet there are many anatomical differences. Most enantiornithines had a sternum with a low keel and a wide wishbone. This means that, even though they could fly, they were not as well-adapted for flight as modern birds.

Mirarce, on the other hand, shows that the birds had separately evolved adaptations for advanced flight by the Late Cretaceous that are similar to what we see in modern birds. The wishbone is narrower and the sternum has a deeper keel for bigger flight muscles.

The most significant find, however, are quill knobs on the forearm bones of Mirarce. This is the first discovery of quill knobs, which help to stabilize the wing feathers for active flight, in any enantiornithine bird – providing evidence that Mirarce was a very strong flier.

This important fossil was found in Grand Staircase Escalante National Monument in Utah, a monument that is currently being threatened with severe size reduction by the government. Reducing the size of protected area puts some of our nation’s most valuable natural resources at risk.