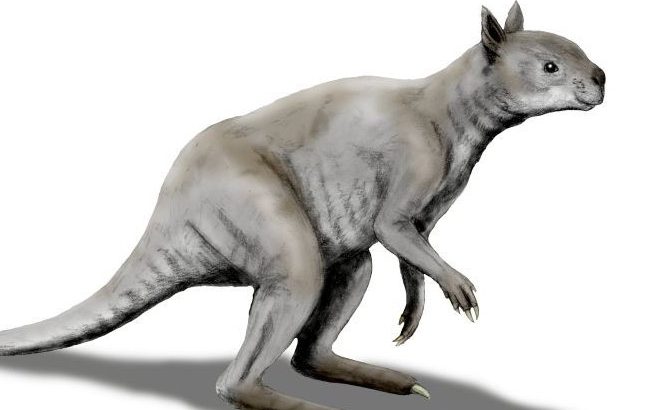 Ancient giant kangaroos had jaws and skulls designed to chomp

According to a new study from the University of New England in New South Wales, Australia, prehistoric giant sthenurine kangaroos were highly adapted with jaws powerful enough to devour tough foods like mature leaves, stems, and branches.

Sometimes called “short-faced” kangaroos, sthenurine kangaroos populated Australia until about 42,000 years ago. They had large jaws and teeth, as well as shortened snouts.

Lead researcher D. Red Mitchell, of the University, created a digital model of the largest sthenurine species, Simosthenurus occidentalis, to study how the animal’s skulls resisted forces that such powerful bites would result in.

Mitchell’s simulations indicated that the kangaroo’s cheekbones supported large muscles that prevented dislocation of the jaw during strong biting. Furthermore, bones in the front and roof of the skull formed an arch that resisted twisting forces during bites.

These features show evidence that the sthenurine kangaroos’ skulls were heavy-duty enough to handle powerful biting, and similar features are seen in modern-day giant pandas, which eat similarly tough foods like bamboo.