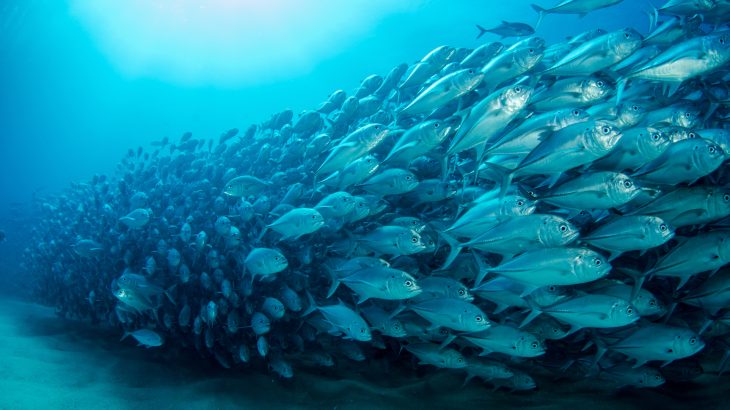 Scientists at New York University recently discovered how fish and birds are able to stick together as a flock or school while traveling. They now know that the followers in the group interact with a wake left behind by the leaders.

“Air or water flows naturally generated during flight or swimming can prevent collisions and separations, allowing even individuals with different flapping motions to travel together,” said lead author Joel Newbolt, a doctoral candidate in NYU’s Department of Physics. “Notably, this phenomenon allows slower followers to keep up with faster-flapping leaders by surfing on their wake.”

Due to their findings, researchers now believe that this discovery could help them harness energy from natural resources like wind and rivers.

“While we currently use wind and water to help meet our energy needs, our work offers new ways to more efficiently leverage them as we seek new methods for enhancing sustainable practices,” co-author Leif Ristroph, an assistant professor in NYU’s Courant Institute of Mathematical Sciences, explained.

Their evidence, published January 28th in the Proceedings of the National Academy of Sciences, is based on a series of experiments involving a robotic “school” of two hydrofoils, which simulate wings and fins that flap up and down and swim forward. Although the flapping was controlled by a motor, the swimming forward motions were uncontrolled and simply the effect of the water pressure on the foils as they flapped.

The experiment proved that the pair of foils, both of which were flapping at different motions and speeds, can move together without colliding due to the follower relying on the wake left behind by the leader. The follower essentially “surfs” on said wake, and is either “repelled” or “pushed” by the wake if going too fast or lagging behind.

Scientists hope that this discovery can lend a hand in future energy harnessing from natural resources where this wake phenomenon occurs.