Animals affected by deforestation are stressed out • Earth.com 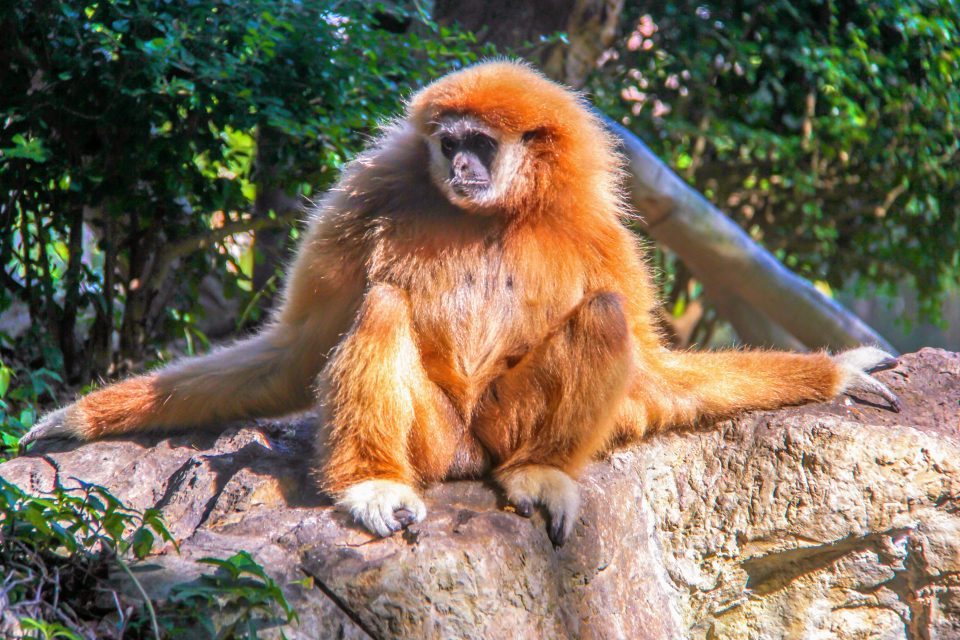 Animals affected by deforestation are stressed out

Mammals with habitats that have been affected by deforestation have higher levels of stress, according to a new study from the Field Museum. When researchers analyzed hormones in the fur of rodents and marsupials living in smaller patches of South America’s Atlantic Forest, they found that these mammals are under more stress compared to animals living in more intact forests.

“Small mammals, primarily rodents and little marsupials, tend to be more stressed out, or show more evidence that they have higher levels of stress hormones, in smaller forest patches than in larger forest patches.”

“A lot of species, all over the world, but especially in the tropics, are understudied,” said study lead author Professor Sarah Boyle of Rhodes College. “There is not a lot known about many of these animals in terms of even their baseline hormone levels.”

The Atlantic Forest is the second largest forest in South America. Over the last 500 years, large areas of the forest have been cleared for agricultural and urban development. Today, less than one-third of the original forest remains.

Habitat destruction can drastically change the lives of animals as they must learn to cope with less land and food and possibly more contact with predators. The experts explain that in small doses, stress is not a bad thing for the animals.

“A stress response is normally trying to bring your body back into balance,” said study co-author Professor David Kabelik. “If something perturbs you and it can cause you to be injured or die, the stress response mobilizes energy to deal with that situation and bring things back into a normal state. It allows you to survive.”

For example, if an animal encounters a predator, stress hormones give them the adrenaline they need to run away. “But then these animals are placed into these small fragments of habitat where they’re experiencing elevated stress over prolonged periods, and that can lead to disease and dysregulation of various physiological mechanisms in the body.”

The study was focused on patches of forest in eastern Paraguay, which has been hit particularly hard by deforestation in the last century. The researchers captured 106 mammals in areas that ranged from two to 1,200 hectares and collected samples of animal fur, which contains hormones that accumulate over time.

“Hormones change in the blood minute by minute, so that’s not really an accurate reflection of whether these animals are under long-term stress or whether they just happened to run away from a predator a minute ago, and we were trying to get at something that’s more of an indicator of longer term stress,” explained Professor Kabelik.

“Since glucocorticoid stress hormones get deposited into the fur over time, if you analyze these samples you can look at a longer term measure of their stress.”

In the lab, the fur was converted into a fine powder and the hormones were extracted. The experts analyzed hormone levels using enzyme immunoassay.

“You use antibodies that bind these hormones to figure out how many are there,” said Professor Kabelik. “Then you divide that by the amount of fur that was in the sample, and it tells you the amount of hormones present per milligram.”

“Our findings that animals in the small forest patches had higher glucocorticoid levels was not surprising, given the extent to which some of these forested areas have been heavily impacted by forest loss and fragmentation,” said Professor Boyle.

The study provides new insight into the effects of deforestation on animals, and may ultimately shed light on the circumstances in which animals can pass diseases to humans.

“If you have lots of stressed out mammals, they can harbor viruses and other diseases, and there are more and more people living near these deforested patches that could potentially be in contact with these animals,” said Professor de la Sancha. “By destroying natural habitats, we’re potentially creating hotspots for zoonotic disease outbreaks.”

“Big picture, this is really important because it could be applicable to forest remnants throughout the world. The tropics hold the highest diversity of organisms on the planet. Therefore, this has potential to impact the largest variety of living organisms on the planet, as more and more deforestation is happening. We’re gonna see individuals and populations that tend to show higher levels of stress.”