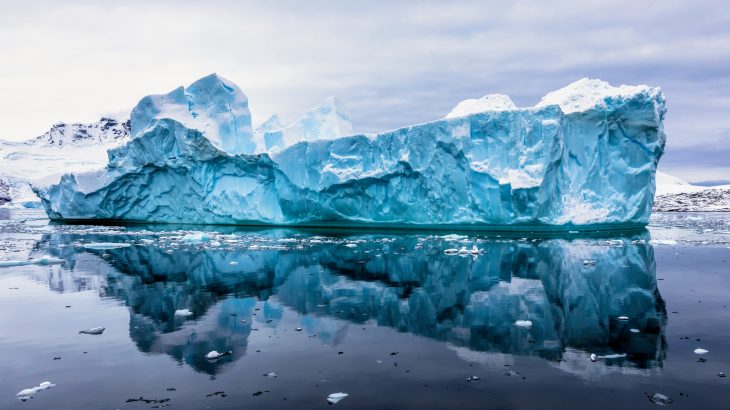 A recent study from the Scripps Institution of Oceanography at UC San Diego is providing new insight into where iceberg meltwater enters the Southern Ocean. The research lays the groundwork for large Antarctic icebergs to be included in global climate models.

Some Antarctic icebergs are massive – as big as the size of New York City – but they have been largely overlooked in climate models. The researchers have developed the first model of its kind to represent how the icebergs deteriorate as they drift around Antarctica.

Climate scientists are interested in icebergs because the fresh water they put into the ocean affects currents. The water’s density, which is a major driver of ocean currents, is affected by temperature and salinity. These two variables are changed by the cold meltwater from Antarctic icebergs. As a result, the ocean currents that are crucial in regulating global climate are impacted.

“We know that large tabular icebergs deliver about half of the freshwater from the Antarctic ice sheets to the Southern Ocean, and their importance in the climate system will likely increase over the coming century,” said study lead author Mark England.

“We think this an important step forward towards including these giant icebergs in global climate models and being able to incorporate their effects into climate change projections.”

“In the North Atlantic, icebergs have been systematically monitored since the Titanic sunk more than a century ago, and models have been developed to make operational forecasts of their drift and deterioration over time,” said study co-author Professor Ian Eisenman. “But such models really had not been developed for the large tabular icebergs that break off Antarctica and drift in the Southern Ocean, which could be important for future climate change.”

The team used a previous model developed by Professor Eisenman’s lab that includes variables like winds, currents, and sea surface temperature to predict where Antarctic icebergs will drift over time. Based on this information, the experts created a new model to predict how frequently large tabular icebergs would break up.

The researchers found that the “parent” iceberg does not actually melt much. Instead, they calve their own smaller “children” icebergs – smaller chunks of ice that are delivered far away from the Antarctic continent. When these smaller chunks melt, they inject cold freshwater into the Southern Ocean.

The experts stress that these larger icebergs, especially given the possibility of a dramatically increased number of them in the future, need to be taken into consideration when developing climate models.

“Our results show that giant icebergs spread Antarctic freshwater much further from the coast than previous studies have assumed,” said study co-author Till Wagner. “This may have important consequences for the dynamics of the Southern Ocean.”