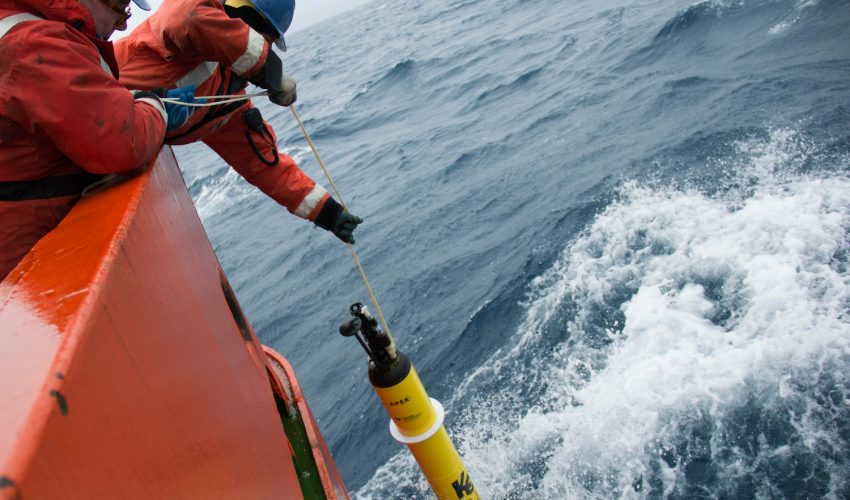 Antarctic seas release an unexpected amount of CO2 during winter

Robotic floats designed to dive and float along with currents in the turbulent Southern Ocean surrounding Antarctica have provided an abundance of data to researchers.

It turns out that the Southern Ocean is releasing much more carbon than previous studies estimated and that the area is no longer a reliable carbon sink.

The Southern Ocean Carbon and Climate Observations and Modeling (SOCCOM) project is a six-year program funded by the National Science Foundation (NSF). The goal of SOCCOM is to better understand the Southern Ocean’s role in climate and how carbon dioxide is being transferred by the surrounding currents and released into the atmosphere.

Researchers from the University of Washington and Princeton University analyzed data collected by the robotic floats and their findings were published in the journal Geophysical Research Letters.

“These results came as a really big surprise, because previous studies found that the Southern Ocean was absorbing a lot of carbon dioxide,” said Alison Gray, the lead author of the study. “If that’s not true, as these data suggest, then it means we need to rethink the Southern Ocean’s role in the carbon cycle and in the climate.”

Antarctica’s role in the global climate is becoming more apparent and carbon stored deep in the surrounding ocean takes centuries to travel back to the surface as water flows to Alaska and back to Antarctica.

Recent research found that this flow and release of carbon in the deep Pacific Ocean was responsible for a huge rise in atmospheric CO2 at the end of the last ice age.

Now, thanks to the robotic floats which dive down and float back with the currents taking measurements of dissolved oxygen and pH levels in the water, researchers know how much carbon is currently being released by the water circulation patterns around the Antarctic.

This data is vital for understanding how the Southern Ocean impacts global climate change and will help improve climate models in the future.

“Antarctic waters, until now, have been a data-poor region for these kinds of measurements,” said Peter Milne, a program manager for Ocean and Atmospheric Science at the NSF’s Office of Polar Programs. “SOCCOM, using technologies that previously were unavailable to researchers, is already proving its worth by gathering information that otherwise would remain largely unobtainable.”

After analyzing data from the robotic floats, the researchers discovered that the open water next to Antarctica’s swaths of sea ice is releasing much more carbon than realized and this has stark implications for future climate change.

“It’s not surprising that the water in this region is outgassing, because the deep water is exceptionally rich in carbon,” said Gray. “But we underestimated the magnitude of the outgassing because we had so little data from the winter months. That means the Southern Ocean isn’t absorbing as much carbon as we thought.”