Anteosaurus was a killing machine millions of years before the dinosaurs • Earth.com 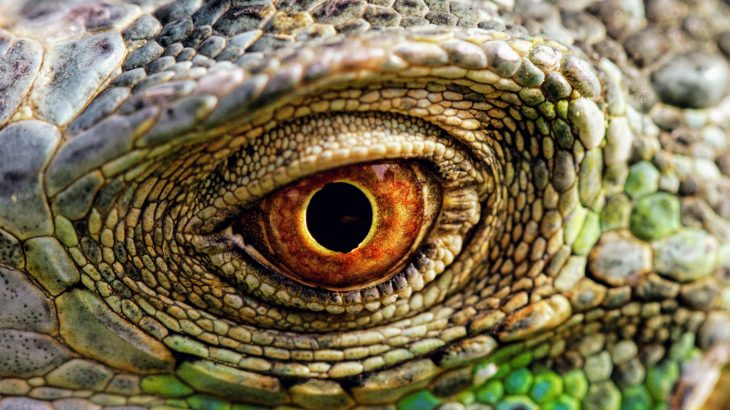 A prehistoric “killing machine” that was previously thought to have been heavy and sluggish was actually much faster than its prey, according to a new study from the University of the Witwatersrand. Anteosaurus was a premammalian reptile that lived in Africa during the middle Permian between 265 to 260 million years ago.

Despite being just about the size of an adult rhinoceros, the ancient animal was a ferocious carnivore with powerful jaws and massive, bone-crushing teeth. However, experts have theorized that Anteosaurus was too slow and heavy on its feet to be an effective hunter.

The surprising new study reveals that these creatures were built to outrun, track down, and kill their prey with ease.

Anteosaurus was a Dinocephalian, a mammal-like reptile that predated the dinosaurs. Dinocephalians dominated the planet in their time, but died out about 30 million years before dinosaurs emerged.

Dinocephalians bones, which are found in many places throughout the world, stand out as being extremely large and heavy. Anteosaurus, in particular, had a skull covered with large bumps and lumps above the eyes and a long crest on top of the snout.

The heavy nature of the creature’s bones led scientists to believe that it was a slow animal that had to scavenge or ambush its prey. “Some scientists even suggested that Anteosaurus was so heavy that it could only have lived in water,” said study co-author Dr.  Julien Benoit.

Using X-ray imaging and 3D technology, the researchers created a digital reconstruction of the Anteosaurus skull and analyzed its internal structures. The study revealed that specific characteristics of the brain and balance organs were developed in such a way that would have made the reptile the opposite of slow-moving.

“Agile predators such as cheetahs or the infamous Velociraptor have always had a very specialized nervous systems and fine-tuned sensory organs that enable them to track and hunt down prey effectively,” said Dr. Benoit. “We wanted to find out whether the Anteosaurus possessed similar adaptations.”

The experts report that the organ of balance in Anteosaurus, which is located within the inner ear, was relatively larger than that of its closest relatives and other predators. This indicates that Anteosaurus was capable of moving much faster than its prey and competitors.

“Even though Anteosaurus lived 200-million years before the famous dinosaur Tyrannosaurus rex, Anteosaurus was definitely not a ‘primitive’ creature, and was nothing short of a mighty prehistoric killing machine,” said Dr. Benoit.

The researchers also found that the brain region responsible for coordinating eye movements in Anteosaurus was exceptionally large, which would have given the reptiles remarkable tracking abilities.

“In creating the most complete reconstruction of an Anteosaurus skull to date, we found that overall, the nervous system of Anteosaurus was optimised and specialized for hunting swiftly and striking fast, unlike what was previously believed,” said study co-author Dr.  Ashley Kruger.

The study is published in the journal Acta Palaeontologica Polonica.