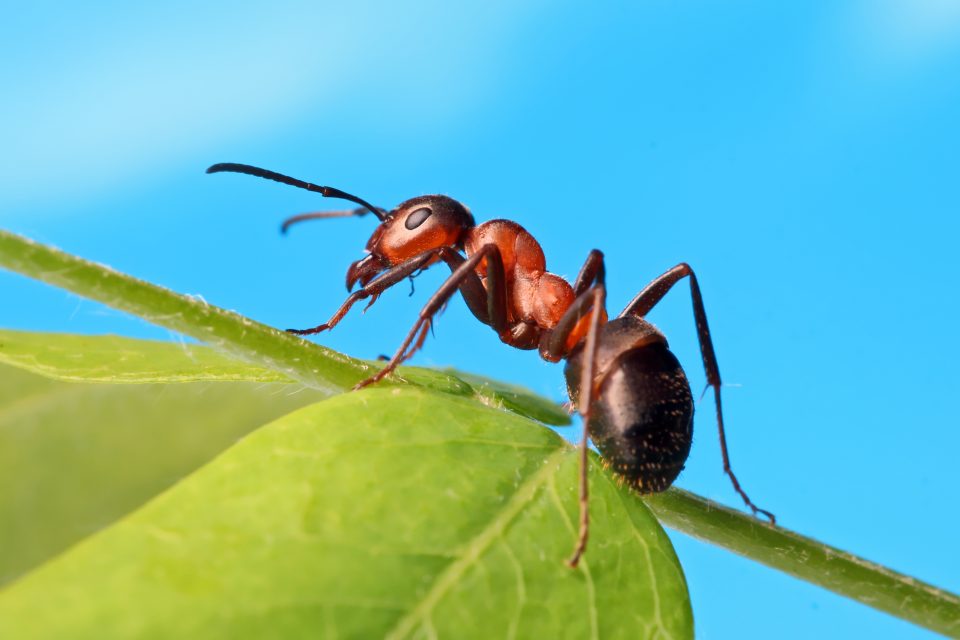 A study published by the British Ecological Society has produced one of the first examples of sophisticated tool use by insects. When faced with the risk of drowning, black imported fire ants used sand to draw liquid out of containers.

In lab experiments, the ants were presented with small containers of sugar water. They were able to float and feed on the surface at first, but then the researchers reduced the surface tension. At this point, the ants began adding grains of sand to the container.

“We found the ants used sand to build a structure that could effectively draw sugar water out of the container to then be collected,” said Dr. Zhou.”This exceptional tool making skill not only reduced the drowning risk of ants, but also provided a larger space for them to collect sugar water.”

The sand deposits turned out to be so efficient that they could syphon almost half of the sugar water out of the containers in five minutes.

The experts manipulated the surface tension of the sugar water by adding surfactant. When the surfactant concentrations exceeded 0.05 percent, and the ants could no longer float, they automatically responded by building the sand structures. According to the researchers, the structures were never observed in containers of pure sugar water, which indicates that the ants were using an adaptable approach to tool use.

The findings demonstrate the ability of black imported fire ants to use tools to forage, and show that they can recognize an increased foraging risk and can adjust their tool use in response.

“We knew some ant species are able to use tools, particularly in collecting liquid food; however, we were surprised by such remarkable tool use displayed by black imported fire ants,” said study co-author Dr. Jian Chen. “Our findings suggest that ants and other social insects may have considerable high cognitive capabilities for unique foraging strategies.”

The use of tools, which indicates cognitive sophistication, has mostly been observed in primates and birds. Tool use by invertebrates has not been as well studied.

Further research is needed to look for this behavior among other ant species. “Our study is the first to touch on this interesting topic,” said Dr. Chen. “We hope our paper will motivate others to do the related investigations.”