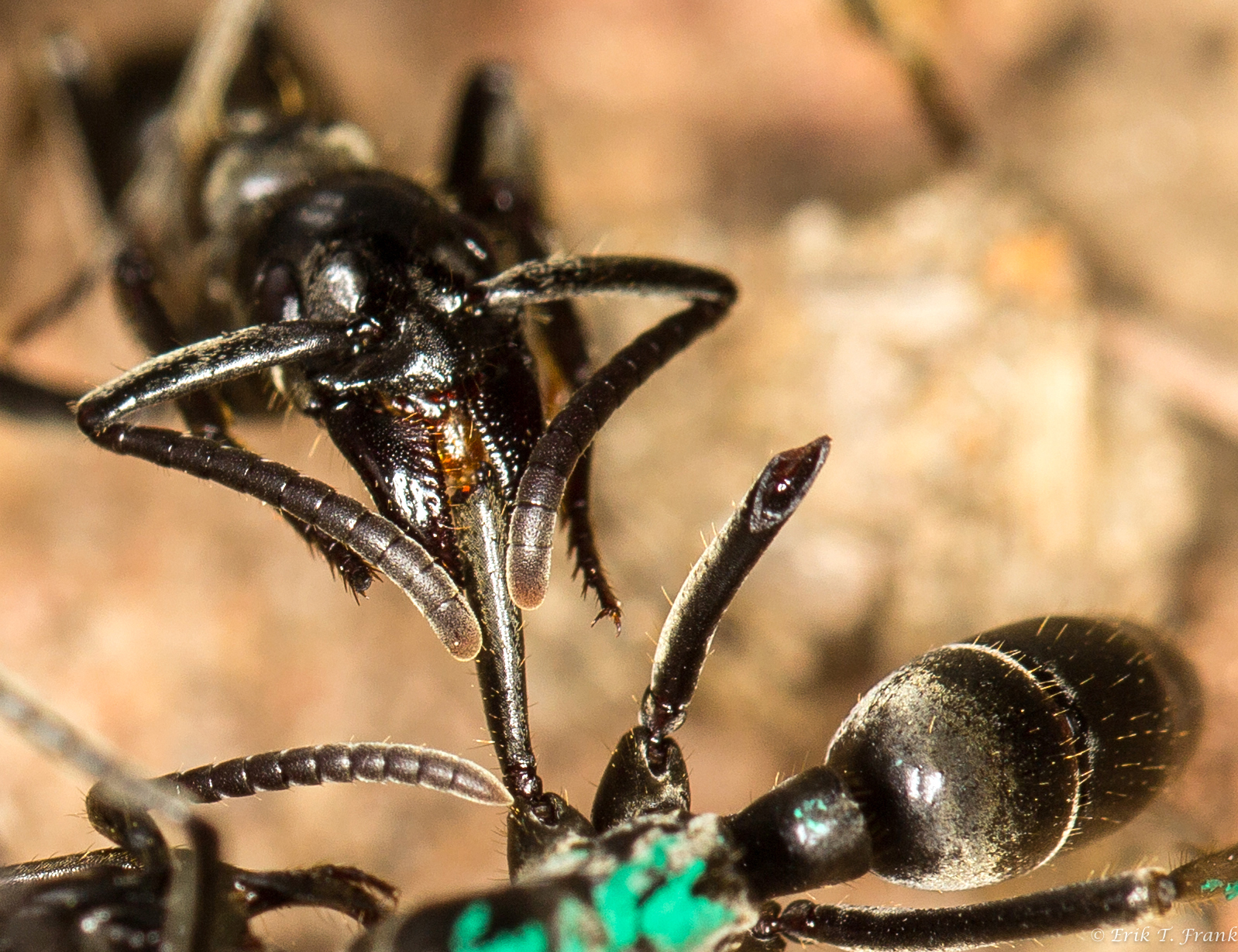 Matabele ants, found commonly in Sub-Saharan Africa, run a high risk of injury as they invade the foraging sites of termites multiple times a day. Hundreds of ants line up to participate in the raids, where they attack and kill workers to take home as food.

The termites do not go down without a fight, however, and many ants are killed or lose limbs that are bitten off in combat.

Last year, study co-author Erik T. Frank described what happens to the injured ants next. He explained that they release a chemical substance to signal for help and then other ants come to the rescue, carrying the fallen comrades back to the nest.

In the current study, the JMU biologists set out to further explore this rescue service. The team wanted to know, for example, what happens once the injured ants are back in the nest. The experts discovered that ants treat the open wounds of others by licking them for up to several minutes at a time.

“We suppose that they do this to clean the wounds and maybe even apply antimicrobial substances with their saliva to reduce the risk of bacterial or fungal infection,” said Frank.

The researchers also found that ants with the most serious injuries are not rescued. Interestingly, it is the wounded ants themselves who make decisions about who is saved and who is left behind.

Ants that are only slightly injured are very cooperative with their rescuers, but ants who are severely injured put up a fight and refuse the help.

“They simply don’t cooperate with the helpers and are left behind as a result,” said Frank. The experts believe that the terminally injured ants are making sure that no energy is wasted on an attempt to rescue them.

Erik T. Frank plans to expand upon this research to determine how ants recognize precisely where another ant is injured and how they decide the amount of time that needs to be invested in treating the wounds.

No other insects are known to treat the injuries of their comrades, and the JMU team believes that this behavior may be unique in the entire animal kingdom.