Kids of anxious mothers are more likely to be hyperactive teens • Earth.com 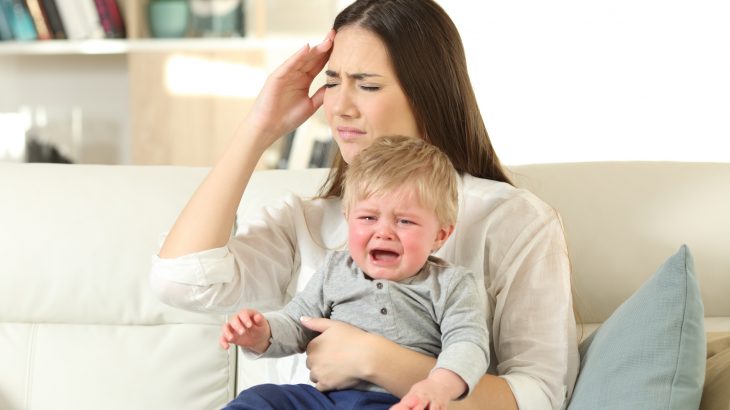 Kids of anxious mothers are more likely to be hyperactive teens

A new study from researchers in the United Kingdom shows that children of mothers who are anxious during pregnancy and during the first five years of their child’s life are twice a likely to express hyperactive symptoms at the age of 16.

The researchers studied more than 3,000 children involved in the Avon Longitudinal Study of Parents and Children (ALSPAC), which is a long-term project allowing scientists to track how children’s health changes as they grow up.

Although maternal anxiety, which can present itself as sweating, trembling, dizziness, and insomnia, can cause hyperactivity in adolescent children, it is only slightly linked to ADHD symptoms, such as inattention.

“This is the first time that a study has shown that anxiety is linked to a child’s hyperactivity in later life but that inattention is not linked,” said study leader Dr. Blanca Bolea from the University of Bristol, who is now Assistant Professor at the University of Toronto. “One interpretation is that some symptoms of ADHD are associated with the mother’s anxiety, but not all of them. More broadly, it shows that the stresses a mother experiences can show up in her child nearly a generation later; it is worth noting that all the mothers reported an increase in anxiety during pregnancy.”

Over 8,700 mothers displayed anxiety symptoms throughout early pregnancy and their child’s first five years of life during the study period. Researchers were able to classify their anxiety levels into “high,” “medium,” and “low,” depending on how often mothers reported signs of physical anxiety.

When children of anxious mothers reached 8 years old, researchers analyzed how children performed attention tests and found that there was no difference between children in attention, no matter how anxious their mothers had been. But when a larger group of 3,199 children were tested at age 16, the researchers found a significant difference in hyperactivity symptoms depending on how anxious a mother had been during pregnancy and beyond.

Mothers who experienced medium to high levels of anxiety had children who were twice as likely to show symptoms of hyperactivity at age 16 than children from mothers with low anxiety.

“This is an association, so we can’t 100% say that anxiety symptoms in pregnancy and early life causes later hyperactivity, other genetic, biological or environmental effects may be at play,” she continued. “However, this idea is supported by studies in animals. We’re not sure why this might happen. It could be that the children are responding to perceived anxiety in the mother, or it could be that there is some biological effect which causes this, for example stress hormones in the placenta having an effect on a developing brain.”

This work will be presented at the European College of Neuropsychopharmacology Congress in Copenhagen.