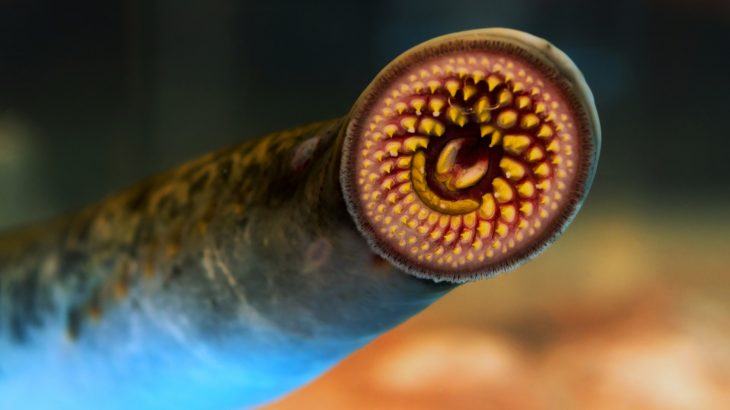 A new study published by Anne M. Scott of Michigan State University and Zhe Zhang of Shanghai Ocean University has revealed that the semen of male sea lampreys contains an aphrodisiac pheromone that attracts females who are ready to mate.

These findings are published in PLOS Biology.

Up until now, scientists have not been able to identify aphrodisiac pheromones in the semen of other animals and fish. However, the team of researchers on this study sought to identify a pheromone within the milt (fish semen) of the sea lamprey — a jawless fish that, while spermating, defends a nest. Ovulatory females move from nest to nest to mate. The researchers believed that something in the milt signals ovulatory females to the presence of spawning, spermiating male lampreys.

“We found the semen of sea lamprey contains spermine, a highly specific and potent pheromone, which attracts only ready-to-mate female sea lampreys,” said Anne Scott. “This discovery implicates a new strategy that male animals use to recruit mates through the release of chemical cues in semen. Ovulatory females likely use spermine released along with sperm as a reliable signal for the presence of actively spawning males in the vicinity.”

These results show that the pheromone in the milt could be used to manage, control, or conserve sea lamprey populations. And because spermine is found is human semen as well, these findings could show a possible conservation of the olfactory detection of semen from jawless vertebrates to humans.