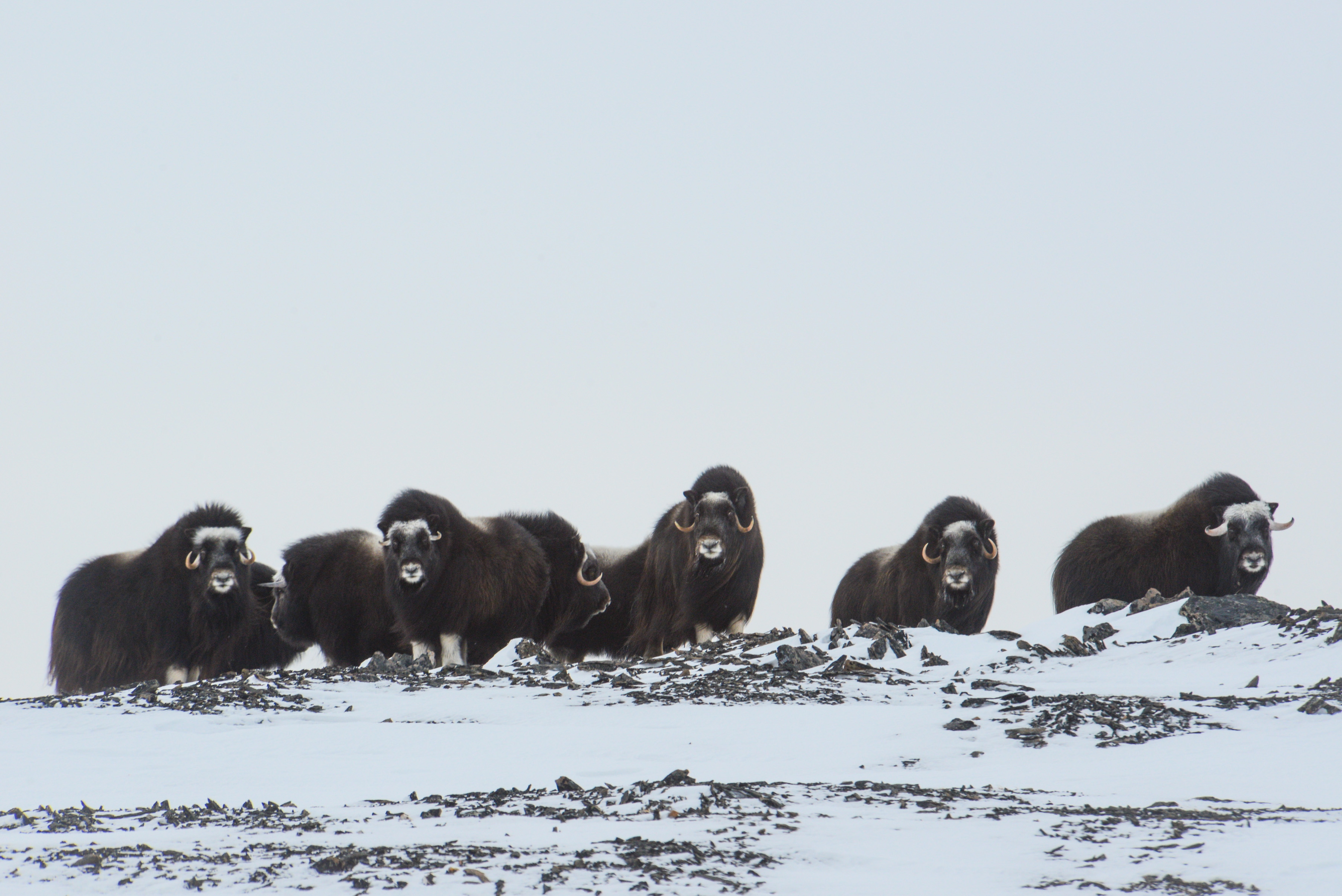 New research from Colorado State University has revealed the effects of global warming on the muskoxen, which is the largest land mammal in the Arctic. Weather events like ice tidal surges are putting a major strain on mothers, leading to underdeveloped skeletal growth in their offspring.

Joel Berger is a professor in the Department of Fish, Wildlife and Conservation Biology and the study’s lead author.

“When rain-on-snow events occur in the Arctic, due to warming temperatures, and the snow freezes again, this leads to mothers not being able to access food for adequate nutrition,” said Berger. “The babies then, unfortunately, pay the price.”

According to the researchers, the smaller body size found in juvenile muskoxen corresponds with poor health and fitness as well as increased mortality. The experts also documented a mass mortality event which was caused by an extreme tidal surge in 2011. At least 52 muskoxen were submerged at the northern coast of Bering Land Bridge peninsula.

“Unlike polar bears, which are on the world’s stage, no one really knows about muskoxen or cares,” said Berger. “They roamed with wooly mammoths but still survive. Muskoxen are feeling the heat, just as we humans are feeling the extremes of climate. These wild weather swings have massive impacts on us. Solutions are clear, but we fail to respond by changing our consumptive ways.”

Berger, who teamed up with Russian scientists in Asia and the Alaskan Arctic for the study, acknowledged the role this research plays “in a challenging political era.” Berger works closely with Russian government researchers, and he praised them for their active engagement.

“To better understand how species like the muskoxen are responding to a changing Arctic, we must collaborate, so that we can document rare and often tragic events, and gain additional insight from local people,” said Berger.