How to keep arguments with your partner from getting out of control • Earth.com 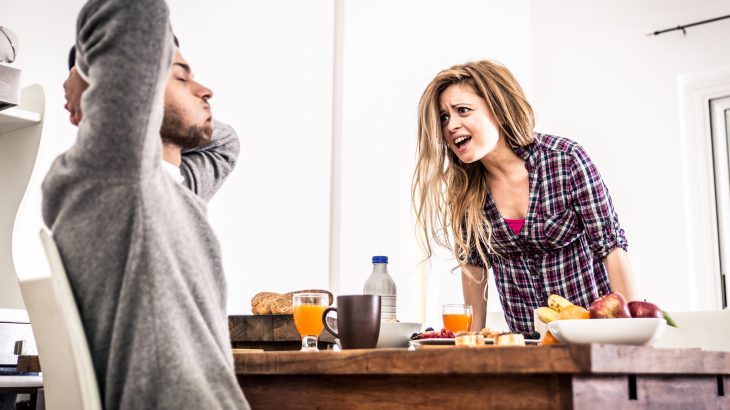 One couple’s therapist is explaining how your brain is not necessarily on your side when you are in an argument with your partner. Dr. Stan Tatkin suggests that while disagreements are inevitable, they do not have to be as harsh or spiral out of control as often.

Dr. Tatkin is the founder of the PACT, a Psychobiological Approach to Couple Therapy (PACT), and the author of a new book called We Do: Saying Yes to a Relationship of Depth, True Connection and Enduring Love.

According to Time Magazine, Dr. Tatkin analyzes arguments between couples by recording the fights on film and then studying them frame by frame to observe what is actually happening. His unique approach has produced evidence that people are relying too much on their memories to support their arguments, and their memories are failing them.

Dr. Tatkin told Time that when when you are 100 percent certain that you can recall what your spouse did that was so egregious, you are probably mistaken. When our emotions are running high, our memories often become altered.

“The way we record experience depends on our state of mind,” said Dr. Tatkin. “When people fight over memory, they’re both likely wrong in some way. Because of this, it’s usually better to just end the fight and make up, rather than trying to figure out who is correct.”

Dr. Tatkin says that when we are under stress, our brains are not working at full capacity and our perceptions are not as accurate.

“There’s a network of structures that have to talk to each other in order to correct errors,” he told Time. “And there has to be enough time and energy for these error-correcting parts of the brain to do their job. When people are upset with each other, they’re moving too fast and they’re under-resourced, meaning that there’s literally not enough blood – oxygen and glucose – going to those areas of the brain.”

According to Dr. Tatkin, we are not always expressing ourselves as clearly as we think while arguing, which makes it difficult for our partner to understand our messages. He believes that people must be more patient during spats to keep them from spinning out of control. Dr. Tatkin told Time that partners should cut each other a little more slack, and slow down to clarify what is being said.

“One word may mean something to me and mean something very different to you. Even on a good day, our verbal communication is poor, and we are often misunderstanding each other most of the time. This just speaks to the imperfection of human communication across the world.”