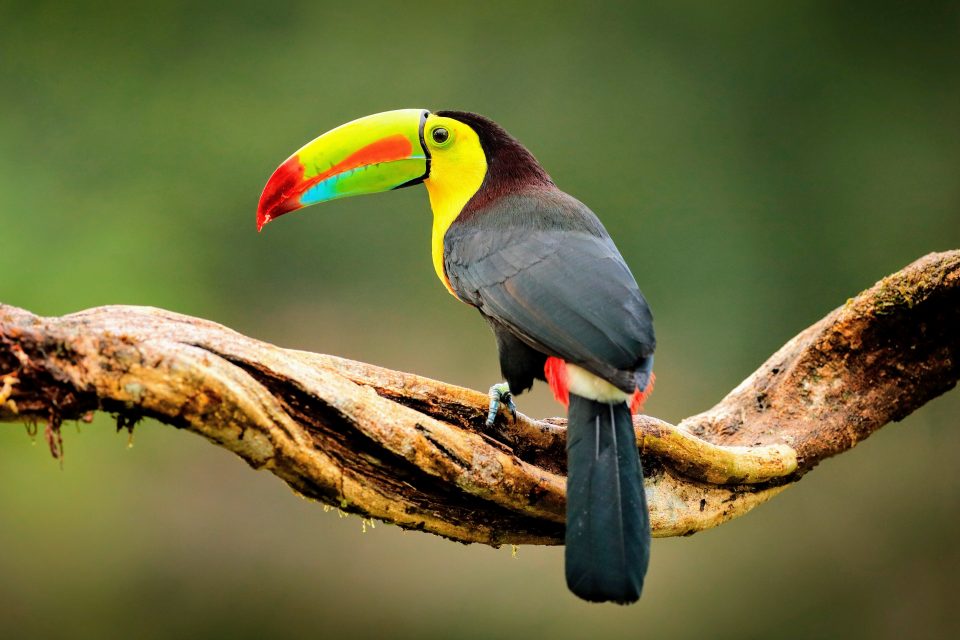 Rare birds are being pushed out of their habitats in Colombia, which is home to more bird species than any other place on the planet. A new study from the University of Queensland shows that deforestation is increasingly destroying the historical habitats of hundreds of types of birds.

The investigation was focused on the impact of deforestation on 550 bird species, including 69 species that are only found in Colombia.

“Our study has shown an astonishing reduction in bird species habitat,” said study lead author Dr. Pablo Negret.”One third of the forest bird species in Colombia have lost at least a third of their historical habitat, and that’s just using the most recent data we have available – from 2015.”

“Moreover, 18 percent or 99 species have lost more than half of their historical habitat to date. By 2040, we expect this will increase to 38 percent or 209 species.”

“Sadly, many of those species are endemic to the country and are not currently classified as threatened by the International Union for Conservation of Nature, suggesting that there are many unlisted species that face an imminent extinction threat from ongoing habitat loss.”

Dr. Negret said the results are concerning but not surprising, as deforestation is one of the main drivers of habitat loss for many species in the tropics.

“We know that deforestation affects thousands of species in these ecosystems, but our attention is usually focused on a tiny fraction – threatened and charismatic species,” explained Dr. Negret.

“This study provides more data on species previously thought abundant that are actually dwindling – hopefully we can shine a light on them, so they can be recognized as under threat and don’t fall through the cracks.”

The researchers used historical and present satellite data to analyze changes in forest cover. They also looked at geographic information on other variables associated with deforestation patterns.

“This methodology, and the technologies behind it, allow us to identify places where future habitat loss is predicted,” said Professor Maron.

“This means that we can reveal the locations where threatened species are most likely to lose precious habitat, and prioritise their protection. And, in a country with growing threats to rich bird diversity, it pays to be ahead of the game.”

The researchers hope the Colombian government and NGOs working in this region will use their findings to guide conservation and provide protection for Colombia’s birds.