Astronauts may have found a chunk of Earth on the Moon • Earth.com 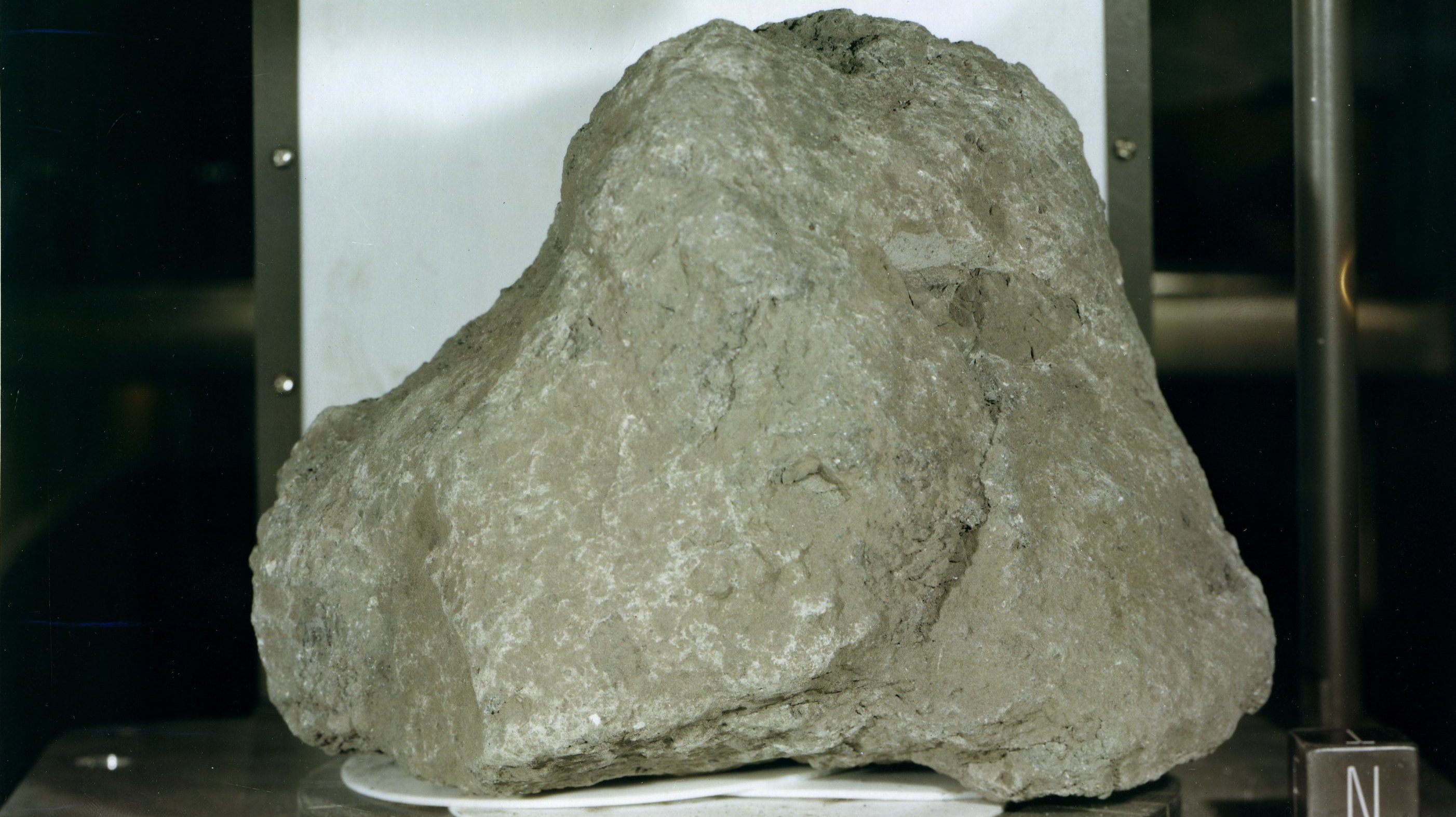 Astronauts may have found a chunk of Earth on the Moon

Astronauts may have found a piece of the Earth among moon rocks that were carried back during the Apollo 14 mission. According to New Scientist, the rock could be the first evidence of granite breaking off of our planet and landing elsewhere.

William Bottke is a planetary scientist who specializes in asteroids at the Southwest Research Institute in Colorado.

Bottke told New Scientist: “Earth’s been hit by a lot of very big things, and it’s conceivable that some of those impacts have ejected material far enough away that it’s been able to escape the clutches of Earth and make it to the moon.”

The tiny piece of granite, which is one of the oldest Earth rocks ever found, was discovered in the moon rock by a team at the Swedish Museum of Natural History.

The experts chemically analyzed the physical properties of zircon crystals inside of the granite to investigate how they formed. The analysis revealed that the crystals formed in conditions that were more oxygen-rich than those found on the moon.

The crystals also developed at unusually low temperatures and high pressures that are not characteristic of lunar rocks. The researchers said that “such conditions have not been observed for any other lunar clasts, are not known to exist on the Moon, and are broadly similar to those found in terrestrial magmas.”

Based on this similarity to rocks that form in magma on our planet, study lead author Jeremy Bellucci said the simplest explanation is that the granite originated on Earth.

Bottke, on the other hand, feels that further research is needed.  He explained to New Scientist: “What they’ve pointed out is an interesting inconsistency and they’ve pointed out a possible hypothesis, and now we get to figure out whether it holds water or not.”