Atlantic Ocean circulation is the weakest it’s been in 1600 years • Earth.com 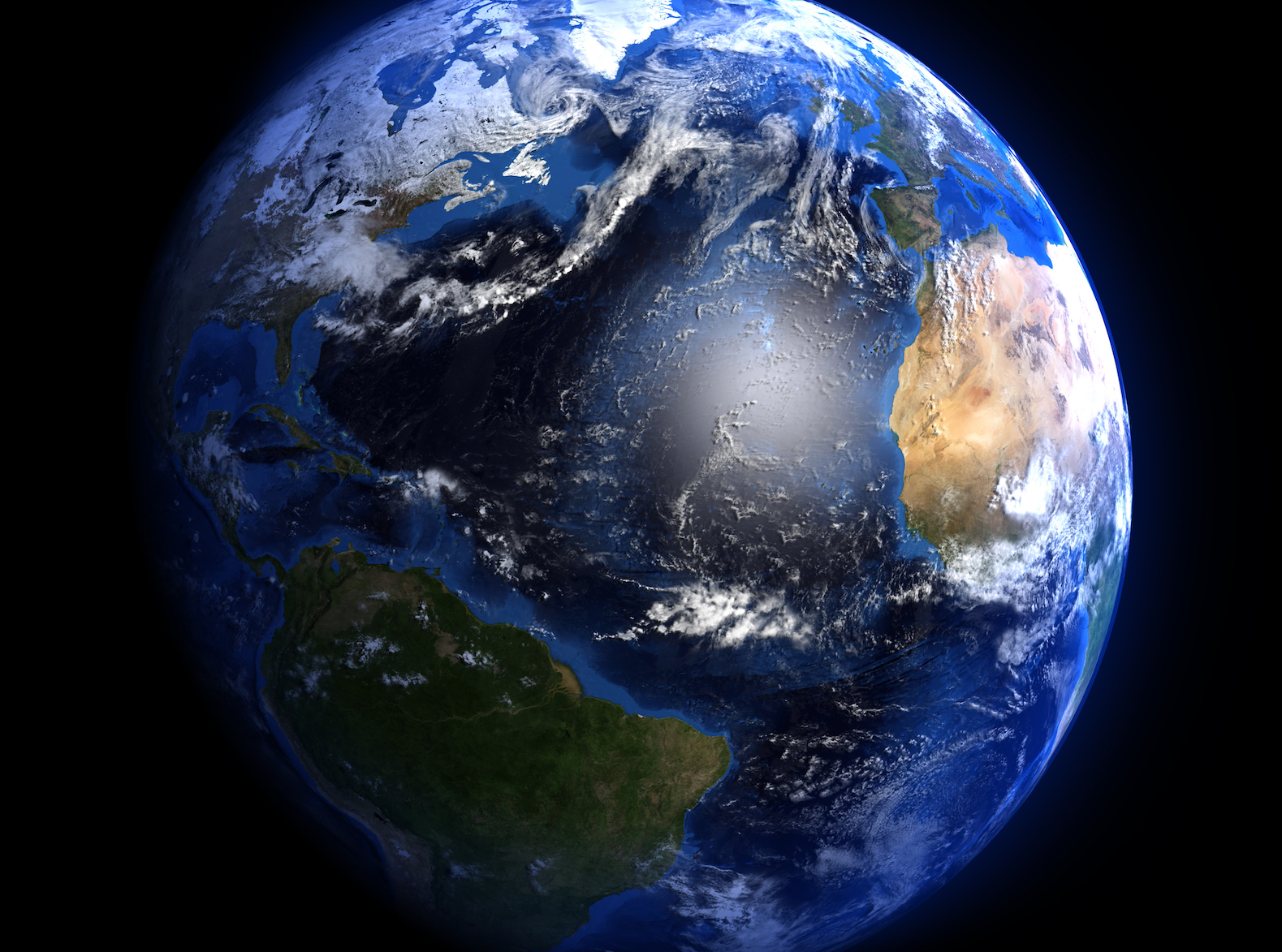 A research team led by the Woods Hole Oceanographic Institution (WHOI) has found evidence that the global ocean circulation system is currently the weakest it has been in the past 1,600 years. If the system continues to weaken, it will alter weather patterns across the planet and increase the rate of sea level rise on the eastern coast of the United States.

The circulation of the Atlantic Ocean plays a critical role in regulating the global climate.

Deep-water circulation is responsible for the transfer of warm water from the Gulf Stream to the North Atlantic – where it releases heat to the atmosphere and warms western Europe.

Upon the arrival of warmer water, the cooler water in the North Atlantic sinks, travels to Antarctica, and ultimately circulates back up to the Gulf Stream. This system of currents is known as the Atlantic Meridional Overturning Circulation (AMOC). 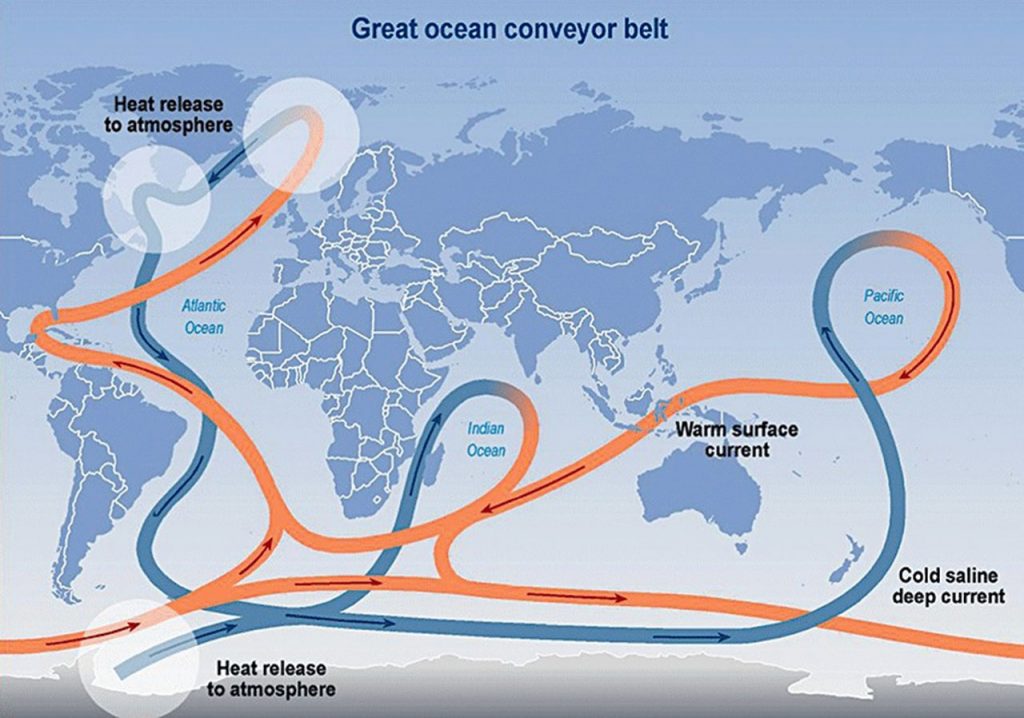 “Our study provides the first comprehensive analysis of ocean-based sediment records, demonstrating that this weakening of the Atlantic’s overturning began near the end of the Little Ice Age, a centuries-long cold period that lasted until about 1850,” said study co-author Dr. Delia Oppo.

According to study lead author Dr. David Thornalley, fresh water disrupted the AMOC as the North Atlantic began to warm near the end of the Little Ice Age.

As Arctic ice melted, the fresh water poured into the North Atlantic and made the surface seawater less salty and more buoyant. Once the surface water was lighter, it was less capable of sinking deep into the ocean and the AMOC system was slowed down.

For their investigation, the scientists analyzed the size of sediment grains deposited by the deep-sea currents and reconstructed near-surface ocean temperatures in regions where temperature is influenced by AMOC strength.

“Combined, these approaches suggest that the AMOC has weakened over the past 150 years by approximately 15 to 20 percent,” said Dr. Thornalley.

Study co-author Dr. Jon Robson said that the findings of the study suggest that there is a gap in current global climate models.

“North Atlantic circulation is much more variable than previously thought, and it’s important to figure out why the models underestimate the AMOC decreases we’ve observed,” explained Dr. Robson.

The study authors believe that there will be additional unexpected surprises in store as researchers learn more about the AMOC system. For example, it was long believed that the AMOC was weaker during the Little Ice Age, but this study has demonstrated that the opposite is true.

The findings are published in the journal Nature.