New species of shark identified in the Atlantic Ocean • Earth.com 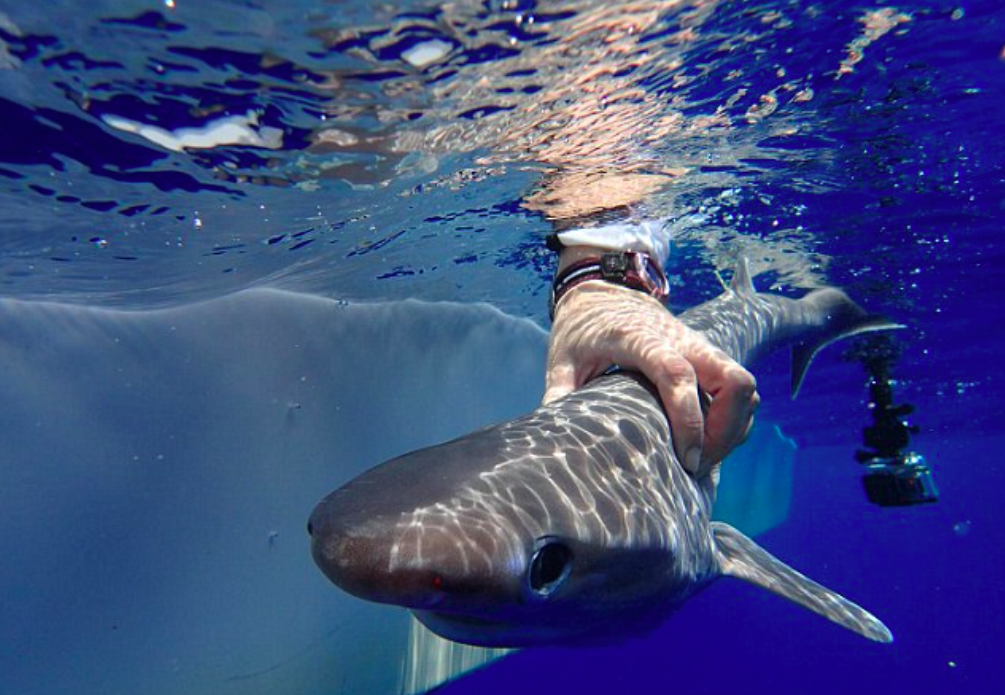 New species of shark identified in the Atlantic Ocean

Biologists at the Florida Institute of Technology have identified a unique new species of shark. The Atlantic sixgill actually dates back before the dinosaurs, but has only just now been discovered.

After the analysis of more than a thousand DNA sequences, the research team ultimately found notable differences to distinguish the sharks from their relatives in the Indian and Pacific Oceans – bigeye sixgill sharks.

“We showed that the sixgills in the Atlantic are actually very different from the ones in the Indian and Pacific Oceans on a molecular level, to the point where it is obvious that they’re a different species even though they look very similar to the naked eye,” said lead author Toby Daly-Engel.

The new sharks, which are located in the Atlantic Ocean, can be identified by their six gill slits and saw-like teeth. Measuring up to six feet in length, the animals are much smaller than their Indo-Pacific counterparts, which can grow in excess of 15 feet.

The Atlantic sixgill is one of the oldest animals on the planet, dating back 250 million years.

These creatures live up to thousands of feet below the ocean’s surface, which explains how the sharks have not been previously recognized as a separate species. The new classification will help to protect their survival, according to the study authors.

“Because we now know there are two unique species, we have a sense of the overall variation in populations of sixgills,” said Dr. Daly-Engel. “We understand that if we overfish one of them, they will not replenish from elsewhere in the world.”

The study is published in the the journal Marine Biodiversity.