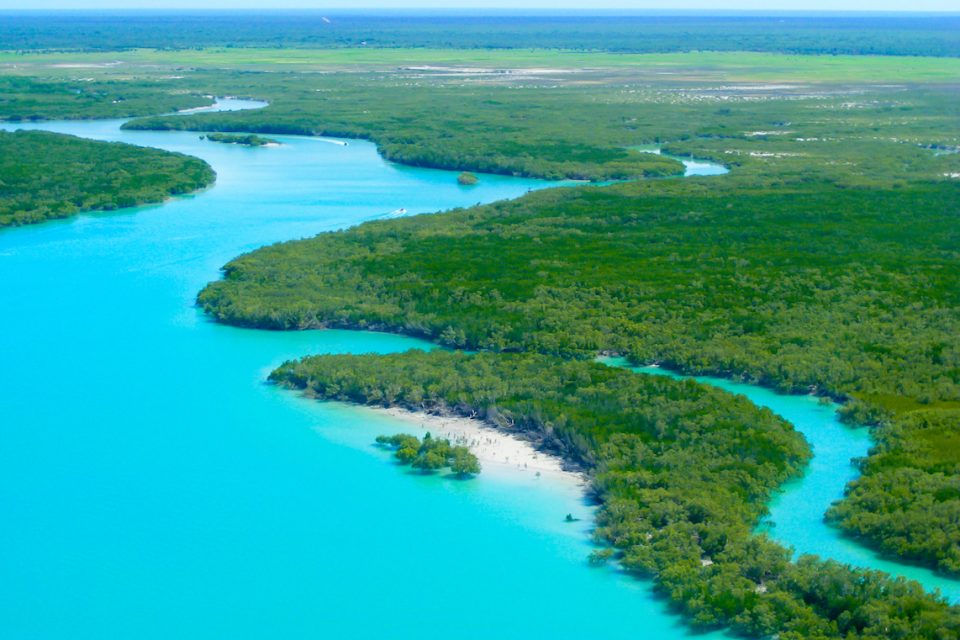 In a groundbreaking study led by Edith Cowan University, researchers have quantified the amount of carbon dioxide that is being captured and emitted by Australia’s marine ecosystems, which is known as blue carbon. The experts found that 20 million tons of carbon dioxide are absorbed annually by Australian seagrass, mangroves, and salt marshes, where it remains stored in the soil for thousands of years.

The study also revealed, however, that three million tons of carbon dioxide is being released each year from the same sources as a result of climate change, human activities, and severe weather events. The findings suggest that the conservation and restoration of these coastal communities will help Australia to uphold its commitment to reducing emissions.

“When these ecosystems are damaged by storms, heatwaves, dredging or other human development, the carbon dioxide stored in their biomass and soils beneath them can make its way back into the environment, contributing to climate change,” explained Dr. Serrano.

“Globally, vegetated coastal ecosystems are being lost twice as fast as tropical rainforests despite covering a fraction of the area. These ecosystems are also important as habitats and nurseries for fish and other marine life, helping prevent coastal erosion and improving water clarity.”

According to the study authors, projects to restore and protect coastal ecosystems in Australia have the potential to rack up tens of millions of dollars per year in payments from the Australian Emission Reduction Fund, based on a carbon trading price of $12 per ton.

Dr. Serrano noted that this new research has positioned Australia as a world leader in the protection and management of blue carbon ecosystems.

“Australia is home to around 10 percent of the world’s blue carbon ecosystems, so there’s enormous potential for us to take a lead role in this space. This research points to hotspots for the implementation of blue carbon projects at a national level,” said Dr. Serrano.

“Australia is in a position to take a leading role in developing policies to offset greenhouse gas emissions which can then be implemented around the world. It’s also internationally significant because other countries can take the work we’ve done here and use it to create their own baselines for blue carbon assessments.”