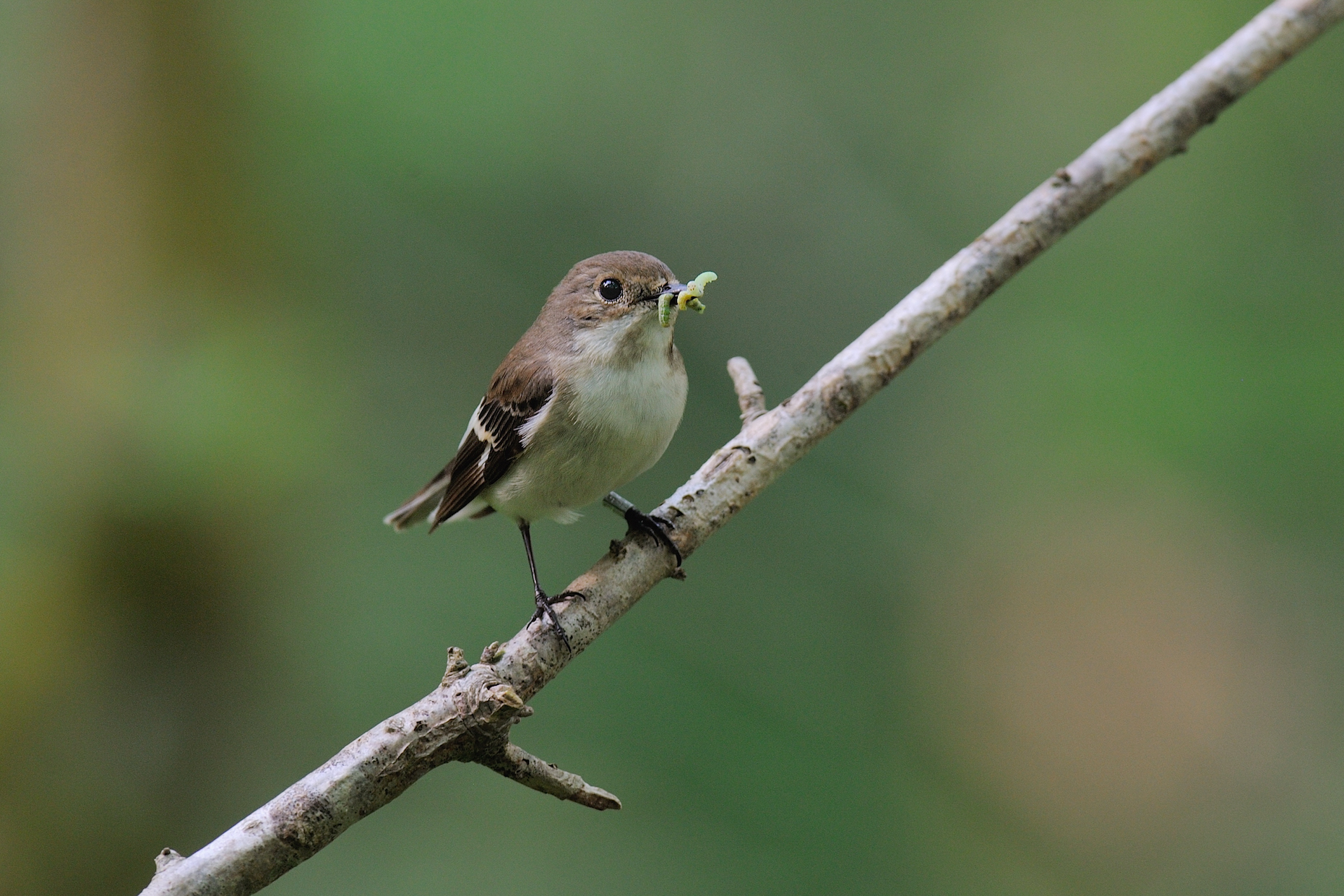 As the winter season becomes shorter and spring arrives sooner, global warming is disturbing the natural rhythms of forest ecosystems. Research led by the University of Exeter has revealed that baby birds are hatching too late to benefit from peak numbers of caterpillars, which the chicks feed on.

“Forests have a short peak in caterpillar abundance, and some forest birds time their breeding so this coincides with the time when their chicks are hungriest,” said Dr. Malcolm Burgess of the University of Exeter.

“With spring coming earlier due to climate change, leaves and caterpillars emerge earlier and birds need to breed earlier to avoid being mismatched. We found that the earlier the spring, the less able birds are to do this.”

The researchers compared the emergence of spring oak tree leaves and caterpillars to the timing of nesting in three bird species across the UK.

Dr. Burgess said that the biggest mismatch was found among pied flycatchers. “As migratory birds, they are not in the UK in winter and therefore are much less able to respond to earlier spring weather,” he explained.

The study, which was largely dependent upon data collected from citizens scientists, is the first to analyze whether the mismatch is greater in southern parts of Britain.

“We found no evidence of north-south variation in caterpillar-bird mismatch for any of the bird species,” said study co-author Dr. Ally Phillimore. “Therefore, population declines of insectivorous birds in southern Britain do not appear to be caused by greater mismatch in the south than the north.”

The scientists determined that the hatching of chicks in the forest will become increasingly mismatched with an abundance of caterpillars unless the birds adapt by shifting the timing of their breeding.