Bacteria may give sea turtles their magnetic "sixth sense" • Earth.com 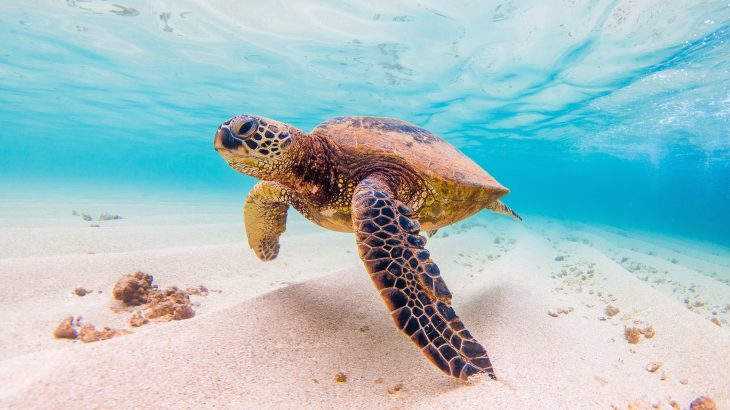 Bacteria may give sea turtles their magnetic “sixth sense”

What gives some animals a “sixth sense” that allows them to detect the Earth’s magnetic field? According to a new study from the University of Central Florida, the answer may be much more simple than what was expected.

Some animals sense the invisible lines of the magnetic field for navigation. For example, sea turtles can make long migrations over hundreds to thousands of miles to return to the beach where they were born.

Additional animals that sense Earth’s magnetic field include birds, fish, and lobsters. Despite 50 years of research, scientists have yet to define the mechanism which underlies this ability.

“The search for a mechanism has been proposed as one of the last major frontiers in sensory biology and described as if we are ‘searching for a needle in a haystack,'” said study co-author UCF Professor Robert Fitak.

In collaboration with experts in the United Kingdom and Israel, Professor Fitak has proposed a new theory that a symbiotic relationship with magnetotactic bacteria is what gives animals a magnetic sixth sense. These bacteria orient themselves along the lines of Earth’s magnetic field using organelles called magnetosomes that contain magnetic crystals.

The researchers not only present evidence from past studies to support their theory, but also introduce some new evidence of their own. Professor Fitak mined one of the largest genetic databases of microbes, known as the Metagenomic Rapid Annotations using Subsystems Technology database, to examine cases where magnetotactic bacteria were found to be present in animal samples.

According to Professor Fitak, previous microbial diversity studies have often focused on large patterns of the presence or absence of bacteria phyla in animals rather than specific species.

“The presence of these magnetotactic bacteria had been largely overlooked, or ‘lost in the mud’ amongst the massive scale of these datasets.”

For the first time, Professor Fitak determined that magnetotactic bacteria are associated with many animals, including penguins, loggerhead sea turtles, bats, and Atlantic right whales. While the researchers are not sure where the magnetotactic bacteria are present within the animals, they said that it could be associated with specific nervous tissue in the eye or brain.

“I’m working with the co-authors and local UCF researchers to develop a genetic test for these bacteria, and we plan to subsequently screen various animals and specific tissues, such as in sea turtles, fish, spiny lobsters and birds,” said Professor Fitak.