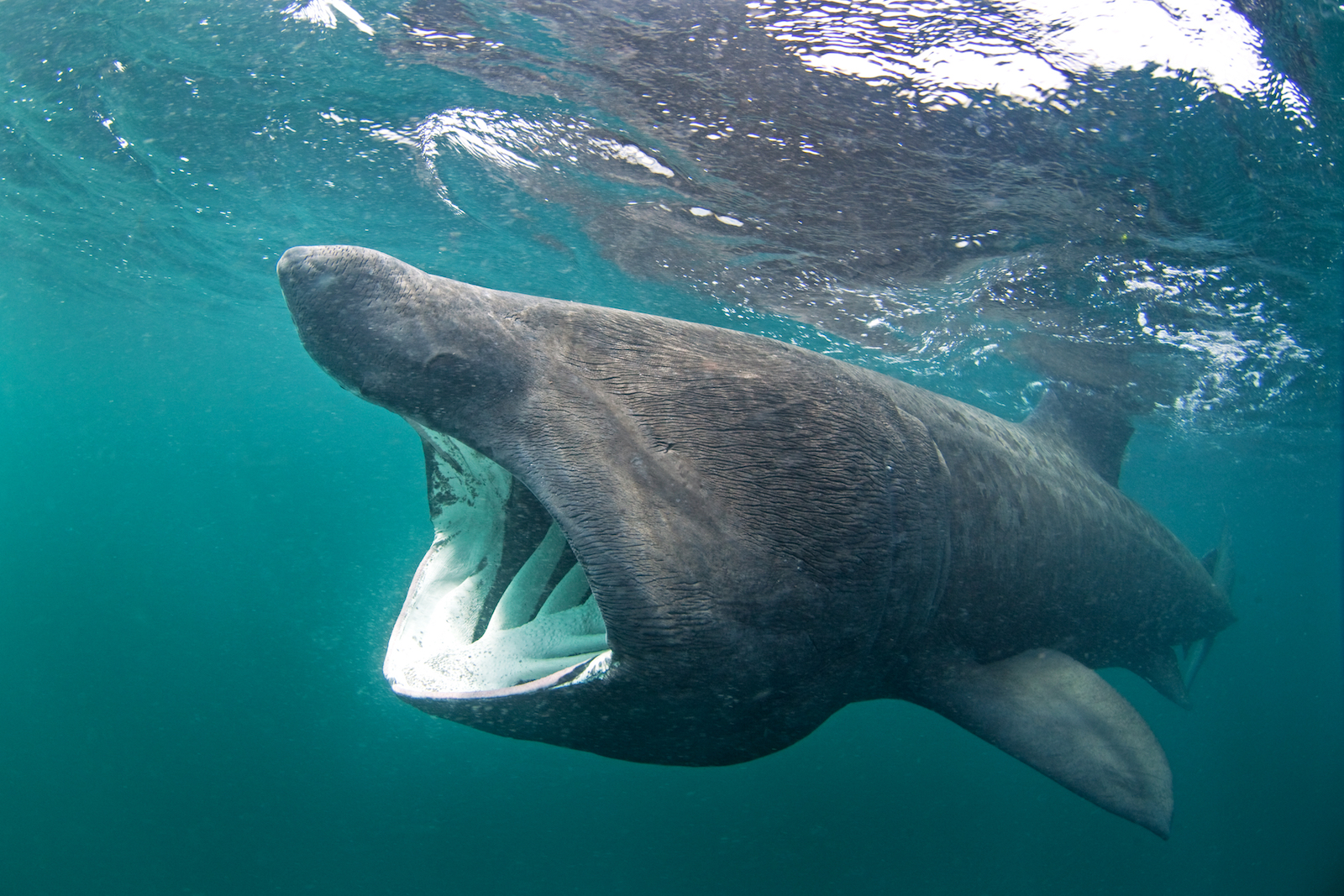 Large groups of basking sharks gathering off the northeast coast

Basking sharks have been spotted in the waters off the eastern coast of Canada and the United States congregating in groups as large as 1,400 individuals, which is a very uncommon sight. A team of researchers used observations from aerial surveys to investigate these rare aggregations of basking sharks.

Based on the behavior of other shark species, scientists believe that these creatures may be meeting up for purposes such as feeding or mating, but this is still unclear.

For the last 40 years, aerial surveys have been conducted to monitor Northern Atlantic right whales off the coast of the United States. Over the course of this project, ten large basking shark aggregation events were discovered and documented.

The analysis revealed that the aggregations had occurred when sea surface temperatures ranged between 55 and 75 degrees Fahrenheit during the summer and fall. The researchers also found evidence to indicate there was a high concentration of zooplankton prey present during the largest meeting, which included at least 1,398 basking sharks.

“Photogrammetry, the use of photographs to measure objects, has provided estimated lengths of animals at the surface and allowed us to classify animals in the aggregation as likely juveniles or mature adults,” said Crowe.

The presence of juveniles combined with an abundance of zooplankton on the continental shelf at the time of the event indicates that foraging was likely a motive behind the massive meeting.

These aggregations may also provide the opportunity for courtship and mating, but certain aspects of their behavior suggest that the basking sharks are not congregating for the sole purpose of courting, as previous studies have reported.

“Although the reason for these aggregations remains elusive, our ability to access a variety of survey data though the North Atlantic Right Whale Consortium Database and to compare information has provided new insight into the potential biological function of these rare events,” said Crowe. “The study also highlights the value of opportunistic data collection.”

The study is published in the Journal of Fish Biology.