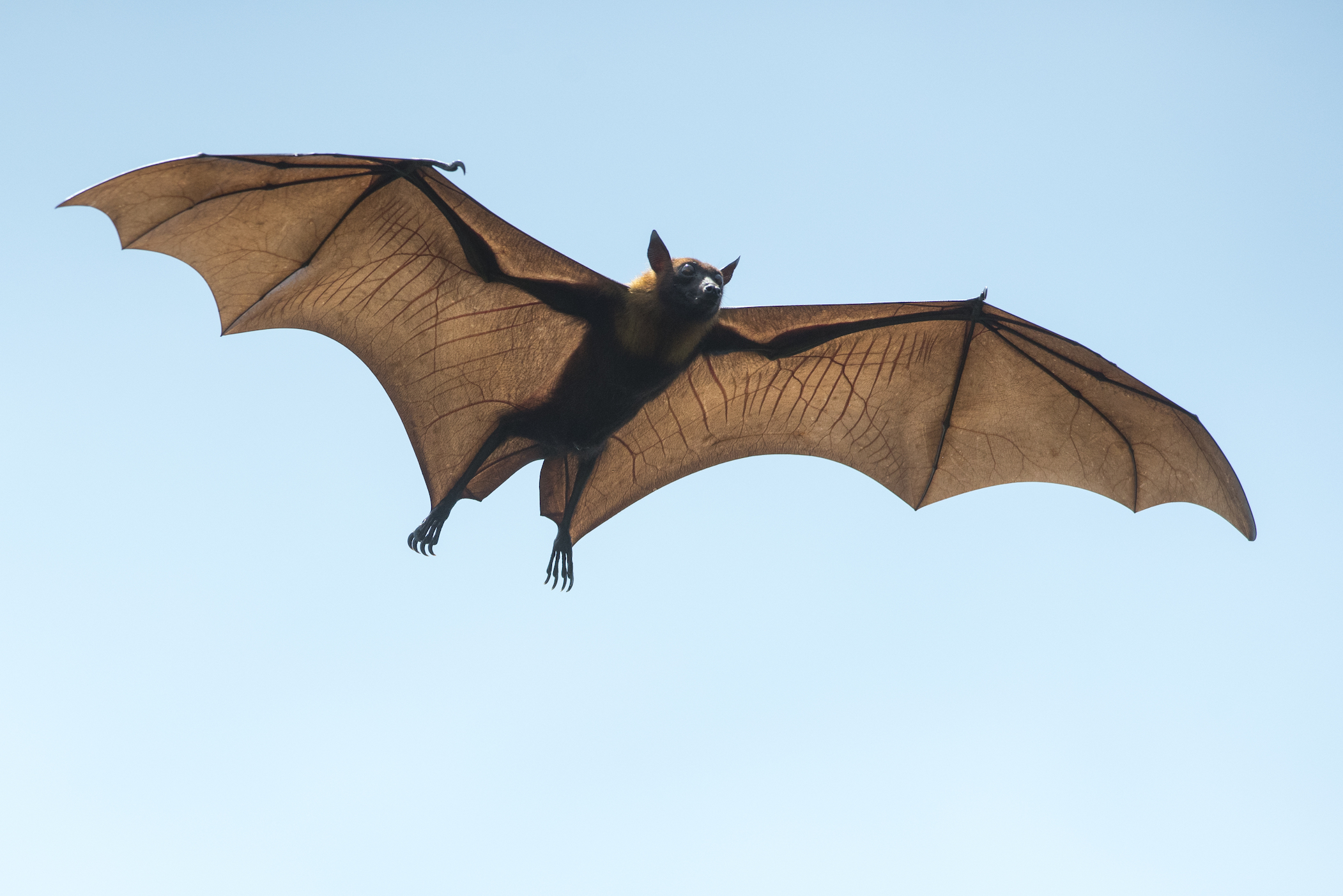 Bats carry dangerous viruses but don’t get sick. Here’s how.

Scientists are reporting that bats have adapted a dampened antiviral immune pathway, known as the STING-interferon pathway, which protects against illness without triggering a heightened immune response.

Bats are known to harbor dangerous pathogenic viruses like Ebola, Marburg, and Hendra, yet show no signs of having the disease. Experts at the Wuhan Institute of Urology in China discovered that the STING-interferon pathway is their secret weapon.

“We believe there is a balance between bats and the pathogens they carry,” said senior author Peng Zhou. “This work demonstrated that in order to maintain a balance with viruses, bats may have evolved to dampen certain pathways.”

In humans and other mammals,overstimulation of the immune system in response to pathogenic viruses can trigger serious illness. For example, an activated STING pathway promotes severe autoimmune diseases in humans.

“In human history, we have been chasing infectious diseases one after another, but bats appear to be a ‘super-mammal’ to these deadly viruses,” said Zhou.

Now that they have identified a STING pathway that is weakened but not inoperative, the researchers have gained a new understanding of how bats can effectively keep highly pathogenic viruses at bay without initiating an overactive immune response.

The study authors theorize that this defense strategy evolved as part of three interconnected physiological features of bats including their ability to fly, live long lives, and host a large pool of viruses.