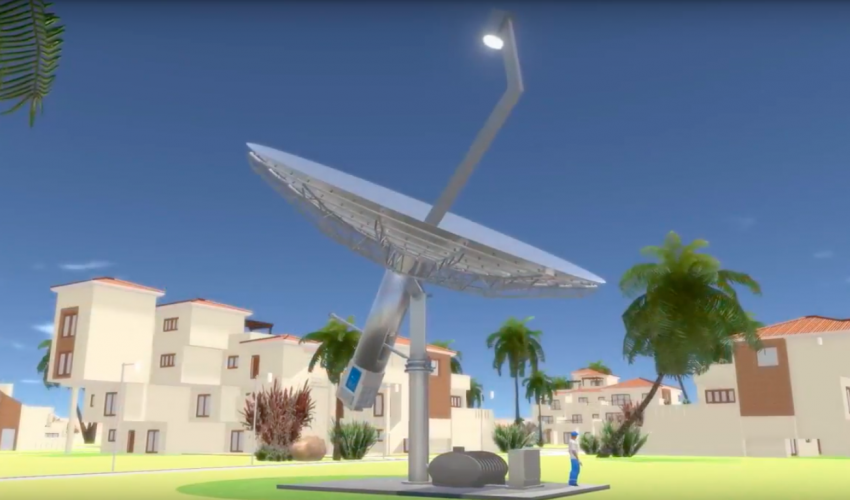 Groundbreaking technology developed by a company based in the UK and Sweden has the potential to generate solar energy that is 95 percent cheaper than the solar power from existing systems. United Sun Systems has developed a battery that can store heat from the sun without any waste, according to a new Daily Mail report.

The new device could make solar energy cheaper than fossil fuels for the very first time. The solar-powered battery, which is made out of patented metal alloy and hydrogen, converts heat from the sun into electricity.

While light from the sun cannot be stored, heat from the sun can, and the new device can store it for up to 100 years and distribute it as needed. Furthermore, a single solar power dish can generate power to 11 homes.

Dr. Ragaiy Zidan is a scientist at Savannah River National Laboratory and the inventor of the technology.

“Prior to the discovery of this class of hydride materials, storing heat at this temperature was only possible using expensive and highly corrosive materials,” said Dr. Zidan.

“This is a game changing technology for the concentrated solar power sector that will drastically reduce its cost and improve its performance.”

The solar dish has a diameter of 46 feet and is covered with glass mirrors, which pull the sun’s heat to the dish to create temperatures of 750 degrees Celsius. The dish collects around 150kW of power every hour.

“The heat is transferred from this focal point via a heat pipe into a large thermal battery that is located behind the dish where the heat is stored in a new heat battery technology based on ‘Metal Hydrides,’” Jacobsson told MailOnline.

“The battery is connected to a Stirling Engine that is converting the heat into kinetic energy, and connected to a generator it produces electricity.”

The first generation of the dish has already been tested, and the company has signed an agreement with the U.S. Department of Energy and Savannah River Nuclear Solutions for use of the battery technology.
—
By Chrissy Sexton, Earth.com Staff Writer