Some bee species will vanish as Grand-Staircase Escalante shrinks • Earth.com 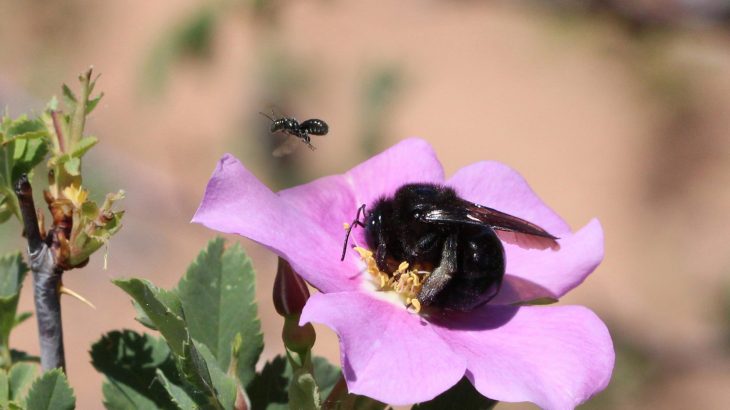 Some bee species will vanish as Grand-Staircase Escalante shrinks

According to scientists at Utah State University (USU), one out of every four bee species in the United States is found in Utah, and there are more bee species across the state than most others in the country. About half of these species live within the former boundaries of the Grand Staircase-Escalante National Monument, which is shrinking due to legislation that was passed last year.

“The monument is a hotspot of bee diversity,” said Joseph Wilson, an associate professor in USU’s Department of Biology.

“But that leaves about 84 species no longer inhabiting protected land,” said Professor Wilson. “This includes some new, undescribed species, as well as ‘morphospecies,’ which are unique individuals that don’t match known species.”

Furthermore, some species that are only known to exist in the Mojave Desert are now among the bees outside of the protected area.

“This is significant because these are ‘edge’ populations,” said Professor Wilson. “That is, in the face of climate change, they could be the first to go extinct as the region gets hotter and drier, or the area could provide a refuge for populations of the same species now inhabiting the Mojave desert.”

The lack of consideration of pollinators in the new management plans for the monument is an even bigger concern, said Professor Wilson.

“Will the reduction in monument size affect the pollinators? We don’t know. But if development is allowed in the unprotected areas, say, mining, road development, more recreational development than, yes, pollinator habitat could be lost.”