Bees hold pollen in the perfect place for plants • Earth.com 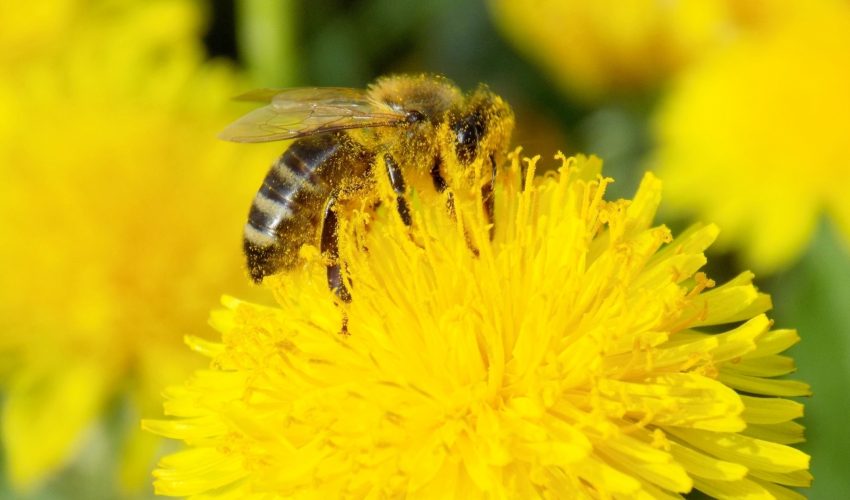 Bees hold pollen in the perfect place for plants

Bees hold pollen in the perfect place for plants.  Pollen is an important part of plant reproduction and acts a food source for the pollinator’s young. Bees are easily considered nature’s most important pollinator, and as such, their declining populations have caused serious concern. Now, new research has proven a long held hypothesis that even after grooming, pollen stays on the bee’s body in the perfect location for plants to receive it.

Plants rely on the bees for reproduction, but the primary objective for the bee is to feed its young. The “safe sites” that bees can’t groom on their bodies are an effective way to ensure that some pollen will make its way to a plant’s reproductive system.

To prove the hypothesis on these safe sites, researchers from the Heinrich-Heine-University in Germany, led by Petra Wester, conducted two experiments on Apis mellifera and Bombus terrestris bees. The research was published in the open access-journal, Plos One.

First, the researchers put individual Bombus terrestris bees in covered glass jars that contained a mix of pollens. As the bee flew around the jar it would coat itself in pollen.

The bee was then moved to a clean jar where it could groom itself, and the researchers recorded the amount of pollen that remained on the safe sites.

The researchers could see which parts of the bees were in contact with the flower’s reproductive organs by noticing the transfer of dye on the bees.

Both bee groups had similar safe sites, with most of the pollen left over on the waist, the dorsal parts of the thorax, and the abdomen.  The second experiment also showed that these safe sites were where the flowers made contact with the bees.

“For the first time, we experimentally demonstrated the position, area and pollen amount of so-called safe sites at the body of honeybees and bumblebees,” said Wester.