Climate change is altering the life cycles of bees and plants • Earth.com 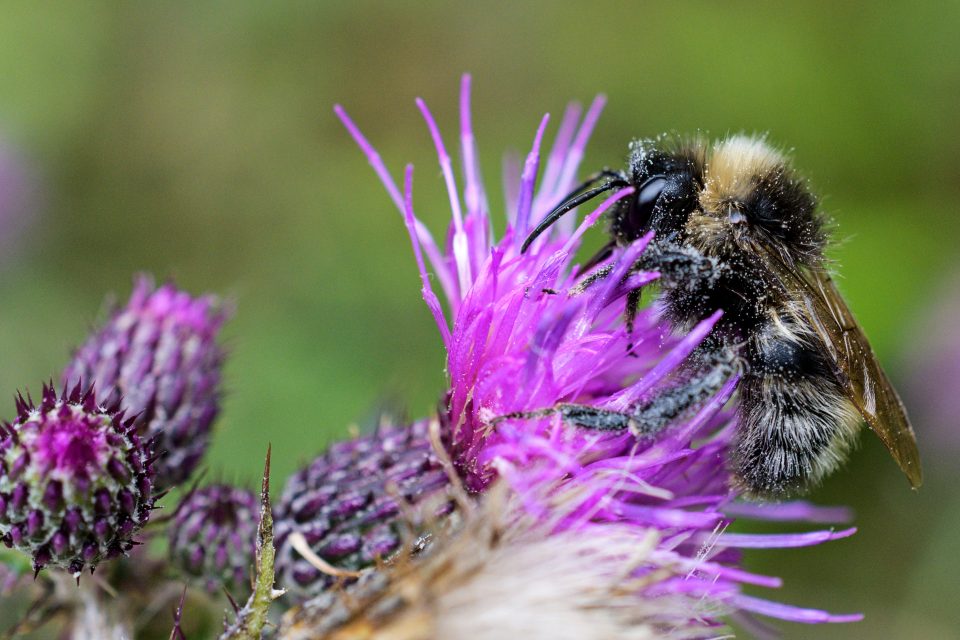 Climate change is altering the life cycles of bees and plants

Researchers have found that the life cycles of bees and flowering plants are not always synchronized as a result of climate change. Some pollinators are now emerging later than their sources of nectar and pollen.

The study, conducted by Michael Stemkovski of Utah State University and Professor Rebecca Irwin of North Carolina State University, was focused on 67 bee species in the Colorado Rockies.

The experts say that a  “phenological mismatch,” which alters the timing of life cycles between bees and flowers, has the potential to disrupt this mutually beneficial relationship altogether.

The researchers analyzed data collected from sites around Colorado’s Rocky Mountain Biological Laboratory, and found that bee emergence is advancing with the timing of snowmelt. However, the seasonal variation in the life cycles of plants are more sensitive to global warming.

“We find bee emergence timing is advancing with snowmelt timing, but bee phenology – timing of emergence, peak abundance and senescence – is less sensitive than flower phenology,” said Professor Irwin. “Given global concerns about pollinator declines, the research provides important insight into the potential for reduced synchrony between flowers and their pollinators under climate change.”

According to Stemkovski, previous studies were primarily focused on temperature, but this study also accounted for the effects of topography and bee species traits.

“Elevation played a large role in when bees started foraging, as well as the bees’ functional traits, such as whether bees nested below or above ground, and the life stage in which they overwintered,” said Stemvokvski. “We found all of these factors predicted bee emergence, but the most important factor was snowmelt timing.”

If bees begin foraging later than plants reach their flowering peak in the spring, this will reduce the abundance of pollinators as well as plants.

“In the short-term, we expect mutualist species to suffer fitness losses,” said Stemkovski. “In the long-term, bees and plants may be able to adapt and reestablish some synchrony, unless climate change outpaces the rate of adaptation.”