Bees can recognize flowers by their unique scented patterns • Earth.com 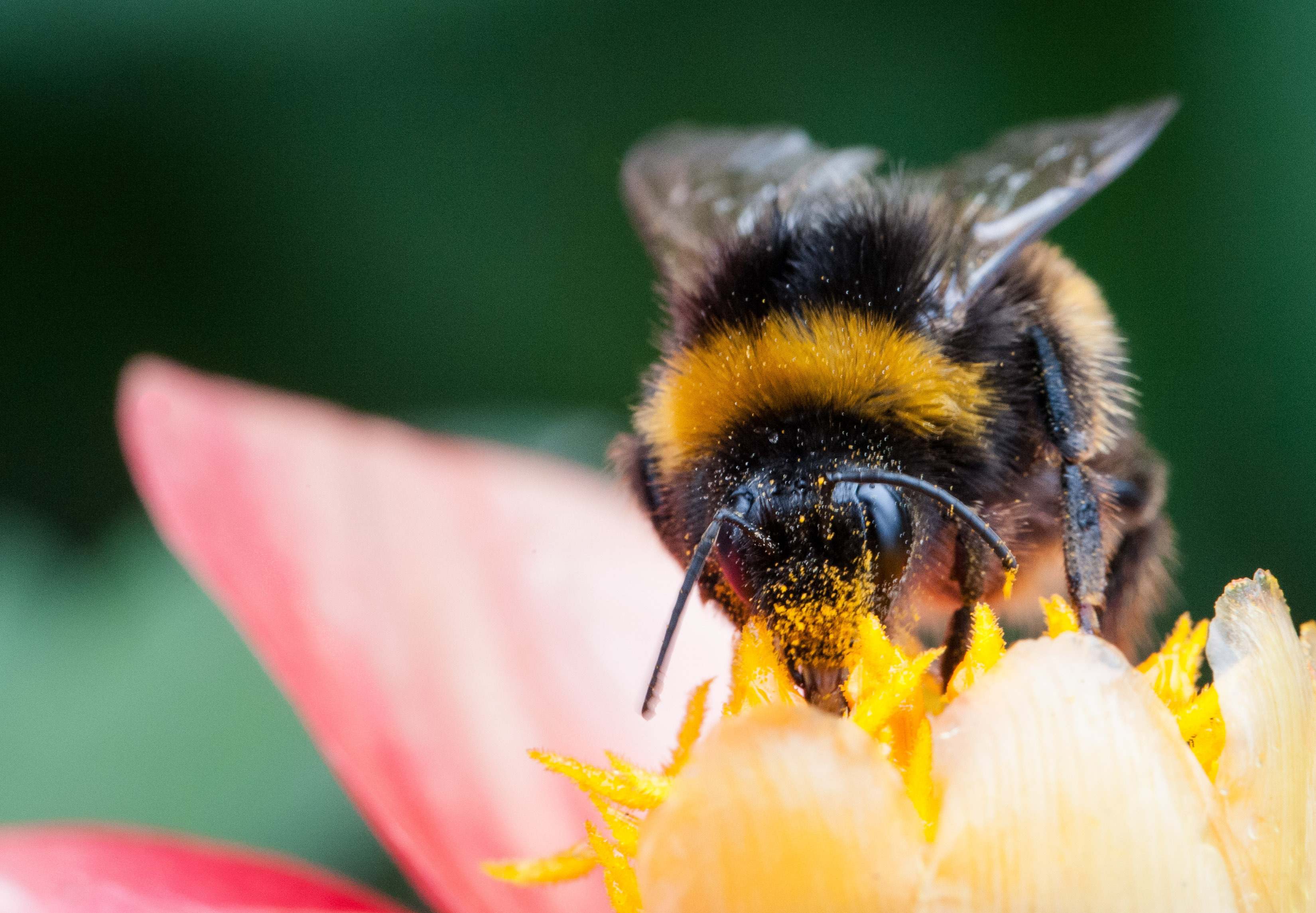 Bees can recognize flowers by their unique scented patterns

A new study from the University of Bristol has revealed that bumblebees can distinguish between different types of flowers by studying the unique arrangement of their scents.

Flowers go to great lengths to attract bees and other pollinators, using visual signals such as color patterns or lines to guide them to their nectar and speed up the pollination process.

Flowers also have different scented patterns across their surfaces. For example, the center of a flower smells differently than the edges of its petals. Researchers have now demonstrated that bumblebees can tell flowers apart by recognizing this specific layout.

“If you look at a flower with a microscope, you can often see that the cells that produce the flower’s scent are arranged in patterns,” said study lead author Dr. Dave Lawson.

“By creating artificial flowers that have identical scents arranged in different patterns, we are able to show that this patterning might be a signal to a bee. For a flower, it’s not just smelling nice that’s important, but also where you put the scent in the first place.”

The researchers also found that, after the bees became familiar with a particular flower’s scented pattern, the bees preferred to visit unscented flowers that had a similar arrangement of visual spots on their surface.

“This is the equivalent of a human putting her hand in a bag to feel the shape of a novel object which she can’t see, and then picking out a picture of that object,” said Dr. Lawson. “Being able to mentally switch between different senses is something we take for granted, but it’s exciting that a small animal like a bee is also able to do something this abstract.”

Study co-author Professor Lars Chittka added, “We already knew that bees were clever, but we were really surprised by the fact that bees could learn invisible patterns on flowers – patterns that were just made of scent.”

“The scent glands on our flowers were either arranged in a circle or a cross, and bees had to figure out these patterns by using their feelers. But the most exciting finding was that, if these patterns are suddenly made visible by the experimenter, bees can instantly recognize the image that formerly was just an ephemeral pattern of volatiles in the air.”

Senior author Dr. Sean Rands explained that flowers often use a combination of color, texture, shape, and appealing scents to advertise to their pollinators.

“If bees can learn patterns using one sense (smell) and then transfer this to a different sense (vision), it makes sense that flowers advertise in lots of ways at the same time, as learning one signal will mean that the bee is primed to respond positively to different signals that they have never encountered,” said Dr. Rands. “Advertising agencies would be very excited if the same thing happened in humans.”