Bees stopped buzzing across the country during the 2017 solar eclipse • Earth.com 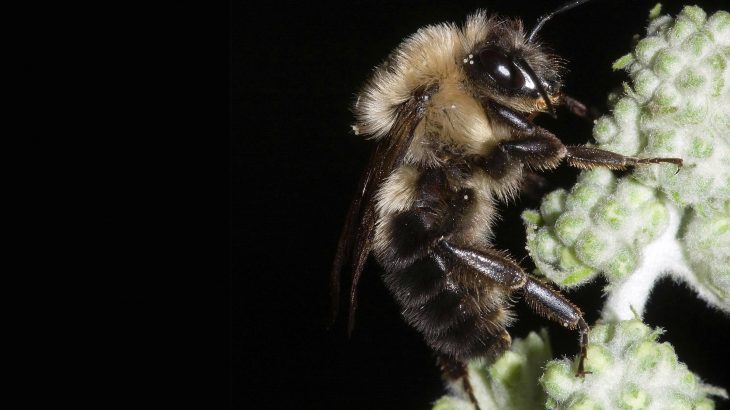 Bees stopped buzzing across the country during the 2017 solar eclipse

Researchers at the University of Missouri conducted an unprecedented study to examine how bees are affected by a solar eclipse. The team organized a network of citizen scientists and elementary school classrooms to listen in on bees through acoustic monitoring stations during the 2017 eclipse. At locations across the country, bees stopped flying during the period of total solar eclipse.

“We anticipated, based on the smattering of reports in the literature, that bee activity would drop as light dimmed during the eclipse and would reach a minimum at totality,” said study lead author Dr. Candace Galen. “But, we had not expected that the change would be so abrupt, that bees would continue flying up until totality and only then stop, completely. It was like ‘lights out’ at summer camp! That surprised us.”

Dr. Galen said that while everyone anticipated how animals would respond, few formal studies had ever examined the behavior of insects during a solar eclipse, and none had looked at bees. Dr. Galen’s team had recently field-tested a system where bee pollination could be tracked remotely by listening for their flight buzzes.

“It seemed like the perfect fit,” said Dr. Galen. “The tiny microphones and temperature sensors could be placed near flowers hours before the eclipse, leaving us free to put on our fancy glasses and enjoy the show.”

The cross-country project engaged more than 400 participants including citizen scientists, elementary school teachers, and students, who set up 16 monitoring stations in the path of totality across Oregon, Idaho, and Missouri. At each location, small USB microphones were hung on lanyards near bee-pollinated flowers.

The devices were sent to Dr. Galen’s lab, where the recordings were matched up with the phases of the eclipse for each site. The data revealed that the bees remained active during the partial-eclipse phases both before and after totality, but they ceased all activity during the period of totality.

Across all 16 locations, only one buzz was recorded during totality. The study also revealed that, shortly before and shortly after totality, bee flights tended to be longer in duration, which indicates that the flights were slowed down.

Bees usually fly more slowly at dusk and return to their colonies at night. The fact that the same behavior was triggered by an eclipse offers evidence that bees respond to environmental cues even when those cues occur unexpectedly.

Dr. Galen explained: “The eclipse gave us an opportunity to ask whether the novel environmental context -mid-day, open skies – would alter the bees’ behavioral response to dim light and darkness. As we found, complete darkness elicits the same behavior in bees, regardless of timing or context. And that’s new information about bee cognition.”

The study is published in the Annals of the Entomological Society of America.