Bermudan snail species has been brought back from the brink of extinction • Earth.com 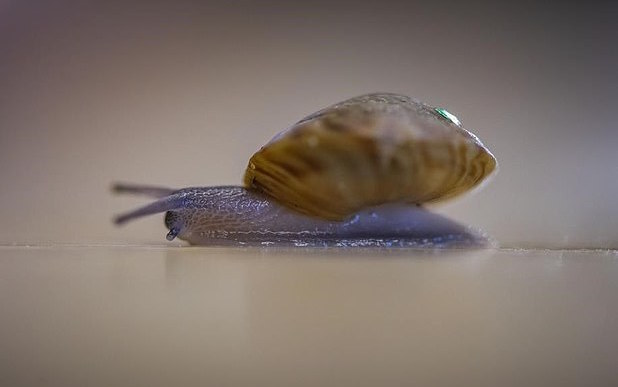 Experts at the UK’s Chester Zoo have essentially saved the greater Bermuda land snail from extinction. Until a small group of the species was found in Bermuda’s capital city of Hamilton in 2014, they were thought to have been completely wiped out by invading predators.

Some of the snails, which were discovered in an alley behind a restaurant, were taken into captivity for breeding. The offspring were then transported to Chester Zoo and the Zoological Society of London, before zookeepers released 4,000 of them back into the wild.

“At the last count we’ve got somewhere around 13,000 snails – we’ve probably got more than that, they’ve had a lot of babies since then,” Amber Flewitt of Chester Zoo told the BBC. She said the secret to successfully breeding the snails was providing them with rich soil and their favorite foods, including sweet potatoes and lettuce.

“It’s incredible to be involved in a project that has prevented the extinction of a species,” said Dr. Gerardo Garcia, the Curator of Lower Vertebrates and Invertebrates at Chester Zoo. “The Bermuda snail is one of Bermuda’s oldest endemic animal inhabitants.”

“It has survived radical changes to the landscape and ecology on the remote oceanic islands of Bermuda over a million years but, since the 1950s and ’60s, it has declined rapidly.”

The snails have been released on a protected nature reserve called Nonsuch Island, which experts believe is an ideal location for them to continue their recovery. The species’ main predators, carnivorous snails and flatworms, are not present on the island.

Special fluorescent tags tested at the zoo by snail specialist Kristiina Ovaska will be used to monitor the snails and their progress as they adapt to life in a new environment.

Dr. Mark Outerbridge is the wildlife ecologist for the Bermuda Government. He said it has been ” tremendously gratifying” to witness the reintroduction of the snails to Bermuda.

“Not only did they escape the axe of extinction but they have rebounded so well in captivity through breeding that now what we’re doing is we’re identifying islands in Bermuda that don’t have the predators and reintroducing them to those islands, and our expectations are very high that they’ll do well,” said Dr. Outerbridge.