Biggest iceberg ever moving toward the equator, set to disappear • Earth.com 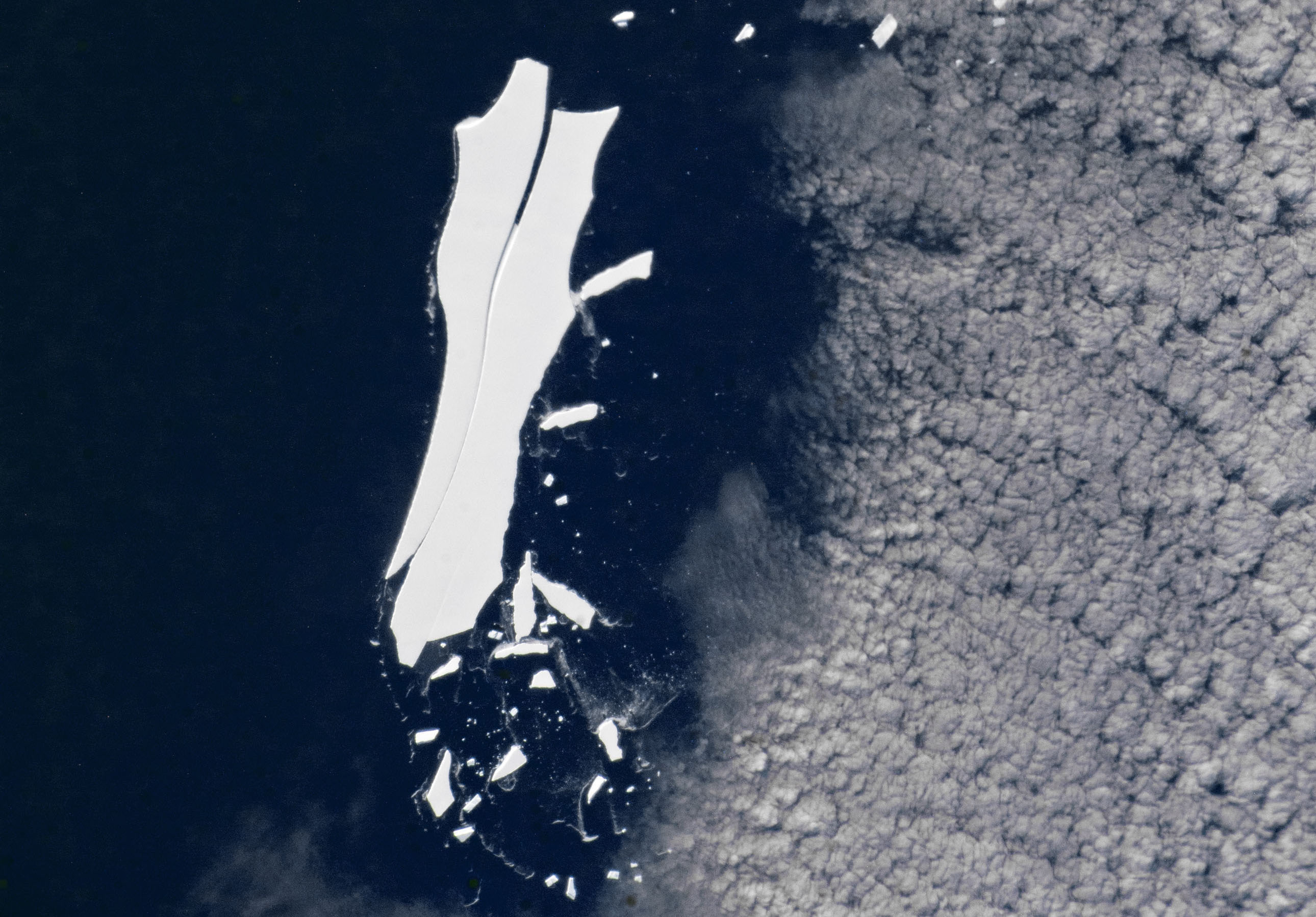 Biggest iceberg ever moving toward the equator, set to disappear

After 18 years of drifting around at sea, the world’s largest iceberg will soon vanish forever near the Equator. The massive piece of ice, which was 160 nautical miles long and 20 nautical miles wide when it first broke off of the Ross Ice Shelf in Antarctica in March of 2000, has traveled 6,600 miles.

Only four pieces of iceberg B-15 remain that are at least 20 square nautical miles, which is a size that is large enough to be tracked by the National Ice Center. The iceberg set off on its journey as an ice chunk larger than the size of Jamaica, originally measuring a total of 4,250 square miles.

The huge iceberg spent most of the past 18 years floating in the cold ocean waters of the Antarctic, traveling an estimated three-quarters of the way around Antarctica. However, according to NASA, northerly winds have changed its path over the last year.

The largest remaining portion of the ice chunk, which is referred to as B-15Z, has a visible fracture and is breaking down into smaller pieces. An image captured last October shows the location of B-15Z in the Southern Ocean off the tip of the Antarctic Peninsula.

By May of 2018, the iceberg was spotted in an image captured by astronauts aboard the International Space Station (ISS) in the southern Atlantic Ocean about 150 nautical miles northwest of the South Georgia islands, which is where it is predicted to rapidly melt and disappear.

NASA glaciologist Kelly Brunt said that icebergs this close to the Equator “tend to pond with water, which then works its way through the iceberg like a set of knives.”