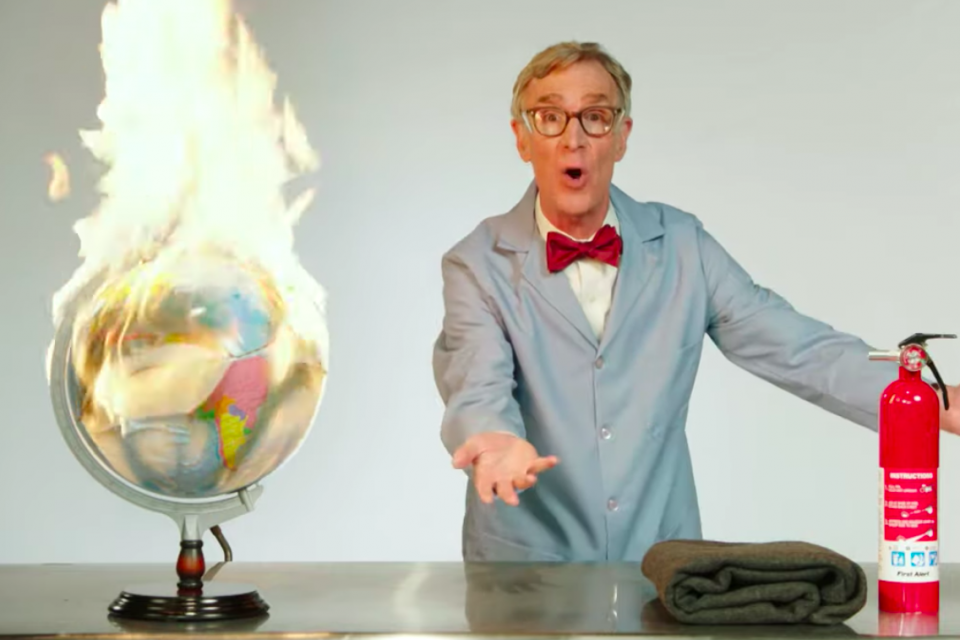 On the latest episode of HBO’s “Last Week Tonight with John Oliver,” Bill Nye the Science Guy abandoned his typical mild-mannered TV personality to deliver a profanity-fueled speech about the world’s failure to address climate change.

Nye joined Oliver to drive home the urgency of  the challenges faced by the environment. Oliver showed his support for carbon pricing and the Green New Deal, a proposal introduced by Rep. Alexandria Ocasio-Cortez.

“To its eternal credit, the Green New Deal has succeeded in getting people talking, but that won’t mean anything unless that talk turns into action,” said Oliver. “We’re going to need a lot of different policies working tandem, and we have to take action right now, but you don’t have to just take that from me. Instead, I’m happy to say Bill Nye has actually agreed to drive the urgency home at this point by actually doing one of his enjoyable, light-hearted demonstrations.”

But what happened next was far from light-hearted. It was more like an all-out verbal assault by Bill Nye, complete with a demonstration in which he lit a wooden globe on fire with a blowtorch.

“By the end of this century, if temperatures keep rising, the average temperature on earth could go up another 4 to 8 degrees. What I’m saying is, the planet’s on f****ing fire,” said Nye.

“There are several options to put out the proverbial fire on Earth. Are any of them free? No, of course not, you idiots. Grow the f*** up… I didn’t mind explaining photosynthesis to you when you were 12, but you’re adults now. This is an actual crisis, got it?” 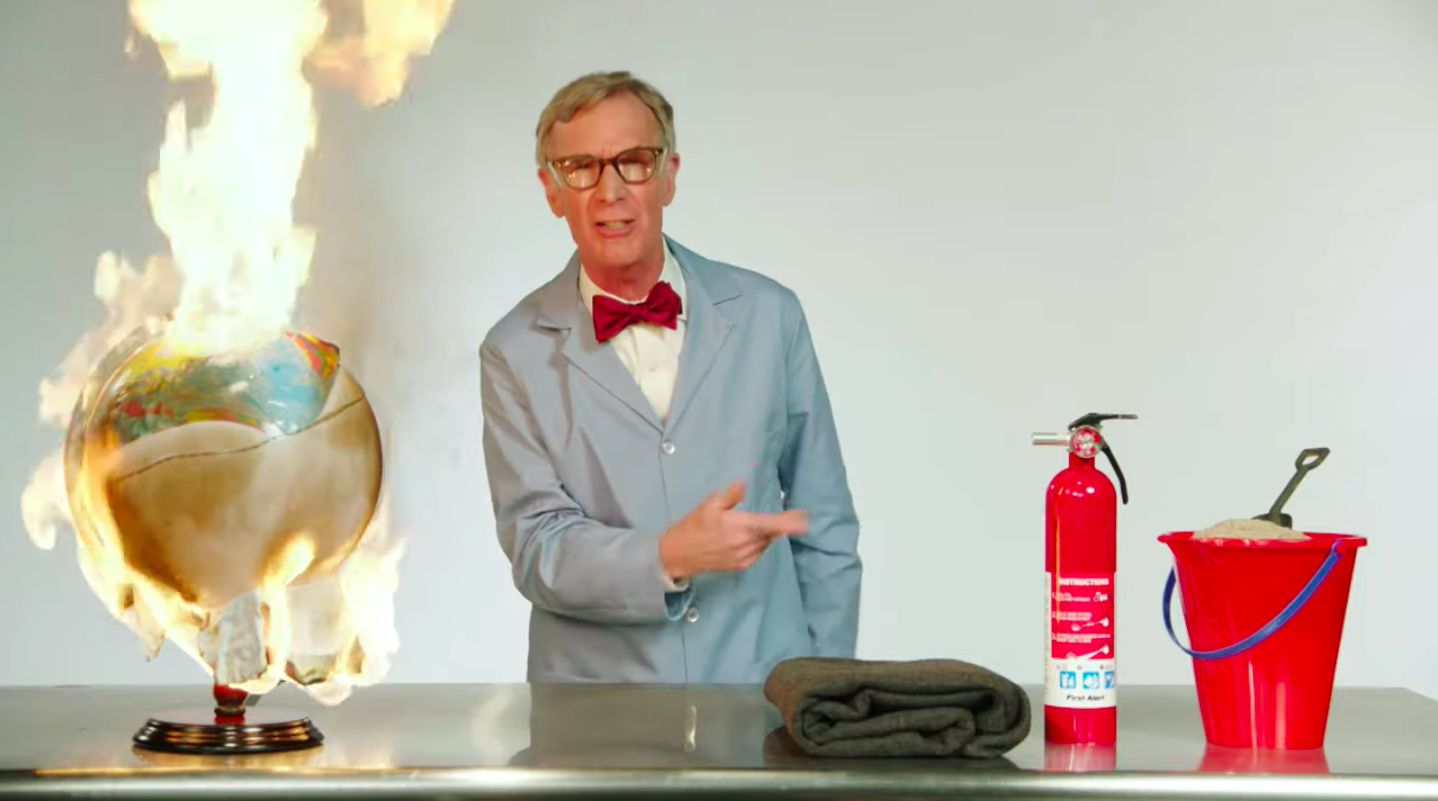 In a separate segment, Nye discussed carbon pricing, which is an approach to mitigating harmful carbon dioxide emissions by charging a fee to emitters.

“When we release carbon, say, by burning coal or driving an SUV, all of us pay for that in the form of things like fires, floods and crop failures,” said Nye. “Putting a fee on carbon creates incentives to emit less carbon, and, more importantly, it also incentivizes the development of low-carbon technology, which is huge, because that’s vital to reducing emissions globally.”

While the tactics used on the show to spread climate awareness were meant to be funny, the topic of carbon emissions has become more serious than ever this week. On Sunday, the Scripps Institution of Oceanography announced that atmospheric CO2 levels were measured at 415 parts per million, which is the highest CO2 concentration in the history of humans.