Birds deal with common pests in their homes, too • Earth.com 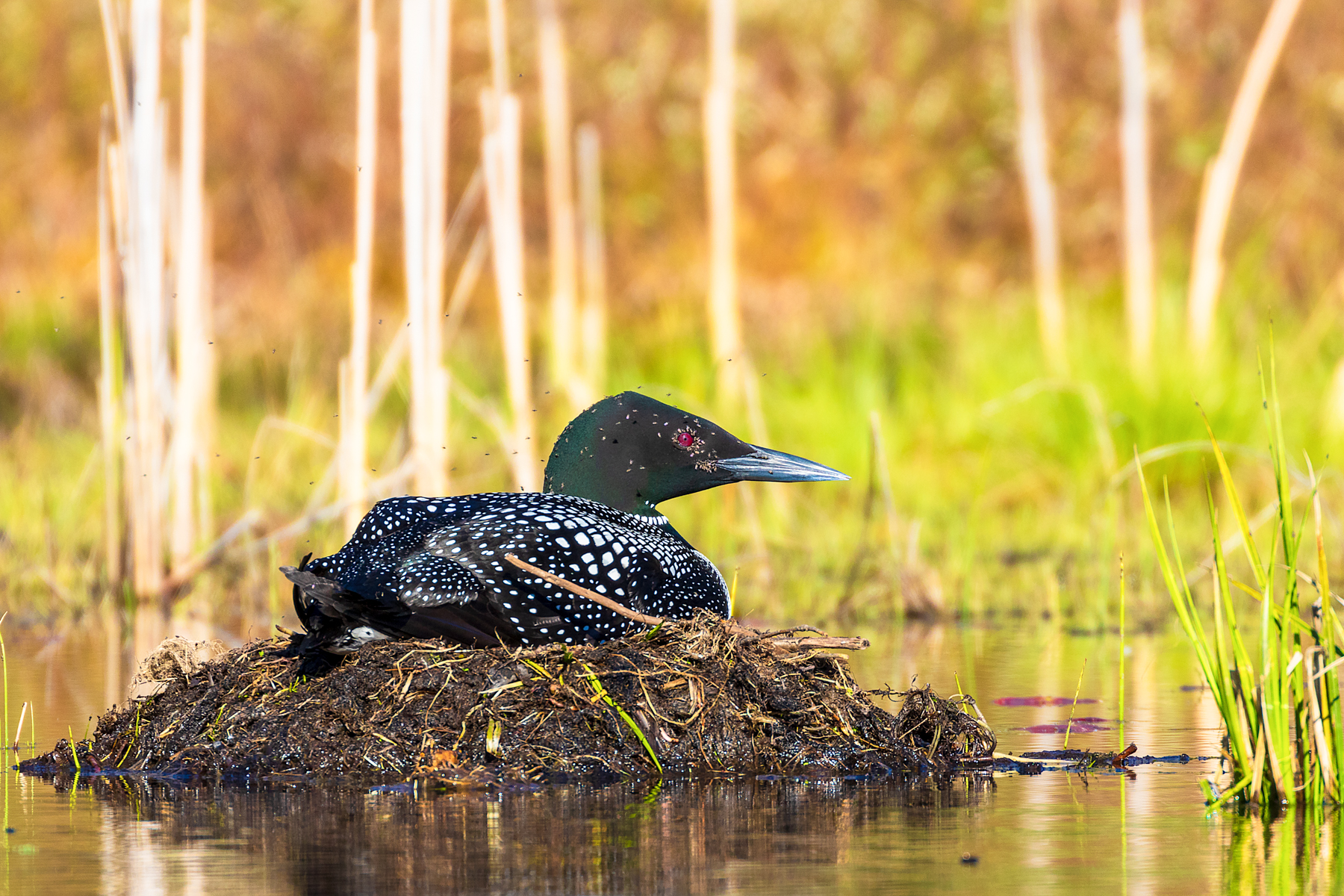 Birds deal with common pests in their homes, too

While incubating their eggs, birds are unable to move when faced with attacks and must learn how to cope. A new study published by the American Ornithological Society has revealed the impact of blood-feeding black flies on water-diving birds known as Common Loons.

The 25-year investigation was focused on over 2,000 nests of Common Loons in northern Wisconsin. The study has demonstrated that the pests are not only detrimental to pair success, but also to the overall populations of the birds.

The team monitored the nests and tracked individuals to analyze each bird’s behavior, nesting success, and interaction with black flies.

The researchers found that, when the black fly concentration around an individual bird was particularly high, loon incubation time decreased while the birds increasingly abandoned their nests. The experts also discovered that nest abandonment could be predicted by three main factors: lake size, female age, and wind.

According to researchers, the nest was more likely to be abandoned when the lake was smaller, the females were older, and the distance that the wind had to travel across the water to reach the nest was greater.

When the black fly outbreaks were severe enough for a nest to be abandoned, a second nesting attempt was made following the peak of the outbreak. Unless the nest was destroyed, the second nest was likely to be in the original location. If there was no nest to rebuild, however, the birds chose a new nesting site.

“Black flies, which we think of as a nuisance and no more, actually impact population reproductive success,” said study lead author Walter Piper.

“This was a matter of studying an animal for 25 years and almost ignoring one aspect of their biology – until you finally look straight at that aspect of biology and realize it’s crucially important!”

“Loons get slammed by black flies, but they make a very good response by reusing the nest sites where the flies hounded them, instead of abandoning those sites altogether – as they do when raccoons get their eggs. This makes sense, because the raccoons are their main enemies (that is, egg predation is a more severe problem then black flies), and a safe nesting site from raccoons is a vital resource.”

Jeb Barzen ia an ecologist with Private Lands Conservation who was not involved in the research. Barzen explained that this is one of the first studies to examine the negative influence of black flies on a population of birds rather than on individuals alone.

“By studying a marked population of loons for almost a quarter century, it is possible to determine the stochastic influence of black fly outbreaks on the population as well as understand the nuances of how these mechanisms might work,” said Barzen.

“Black flies severely reduce reproductive effort of loons periodically but not every year, a finding that is important to understanding the population dynamics of this iconic species. The more subtle examination of individual response to black flies provides insight into differences in how males and females, as well as individuals in different habitats and individuals of different ages, respond to black fly infestations.”

“Collectively these results inform ecologists and managers alike in issues relevant to the conservation of loon populations and other long-lived, territorial bird species.”

The study is published in the journal Auk: Ornithological Advances.