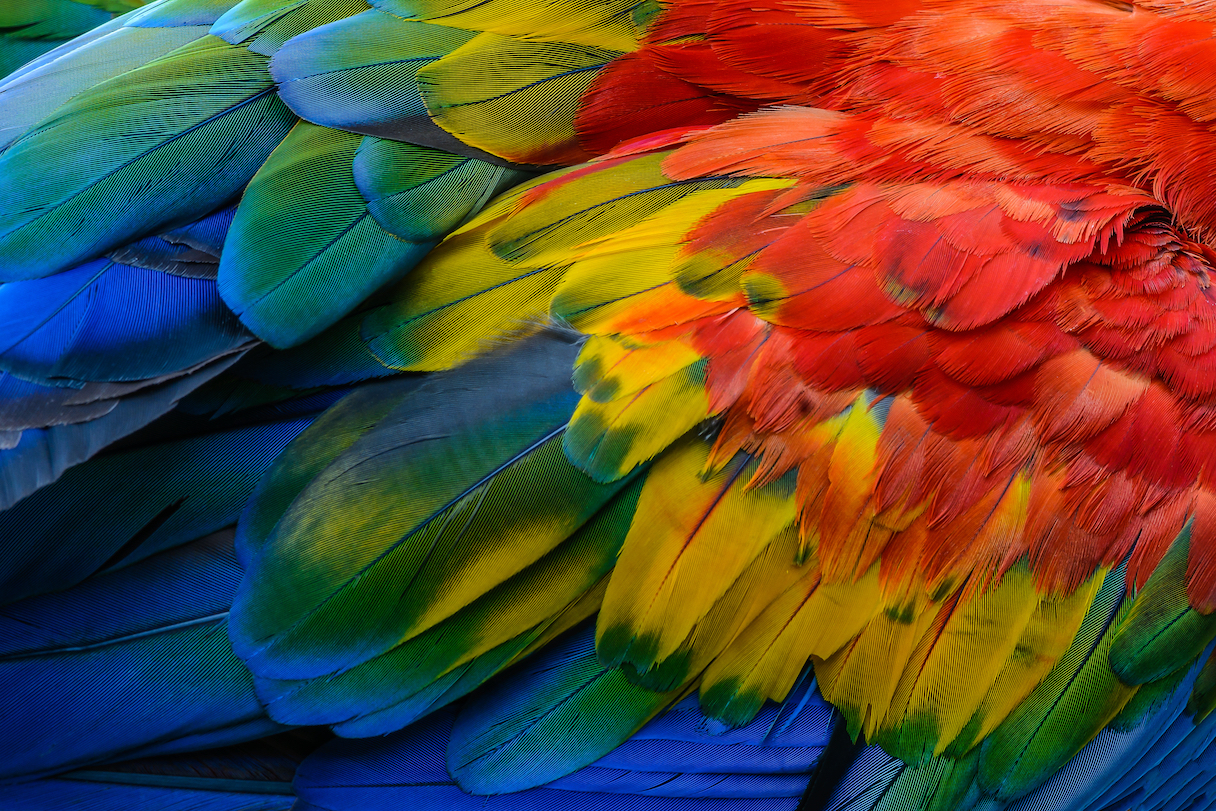 According to a new study from researchers at the University of Edinburgh, the hexagonal patterning of bird feather growth relies on signaling via ectodysplasin (EDA) and its receptor EDAR. This is the same signaling pathway used to form hair, teeth, and scales in mammals, fish, and reptiles.

The University’s Dr. William Ho and Denis Headon then investigated how mechanical process, changes in cell density and movement, and signaling between cells all work to influence feather patterning.

A mechanical-chemical process then occurs where FGF20 motivates cells to cluster, therefore compressing the overlying epidermis to boost FGF20 expression. The EDA wave expands and continues across the mesenchymal cell density gradient, triggering the production of FGF20 and feather pattern formation by lowering the mesenchymal cell threshold needed to form a feather bud.

“The formation of feathers has been studied for over 50 years as a model to understand how simple tissues interact to produce organs,” Headon said. “With new technologies we can now watch the process of organ development as it happens, giving deep insights into how the embryonic body produces a complex anatomy through cells both moving and signaling to one another.

“As we uncover the rules underlying how feather number is determined before hatch in chickens,” he continued, “we can envisage ways to tailor feather density in farmed birds, which can experience overheating, to be appropriate for the climate that they will inhabit.”