Black swans do not have the genes to survive bird flu • Earth.com 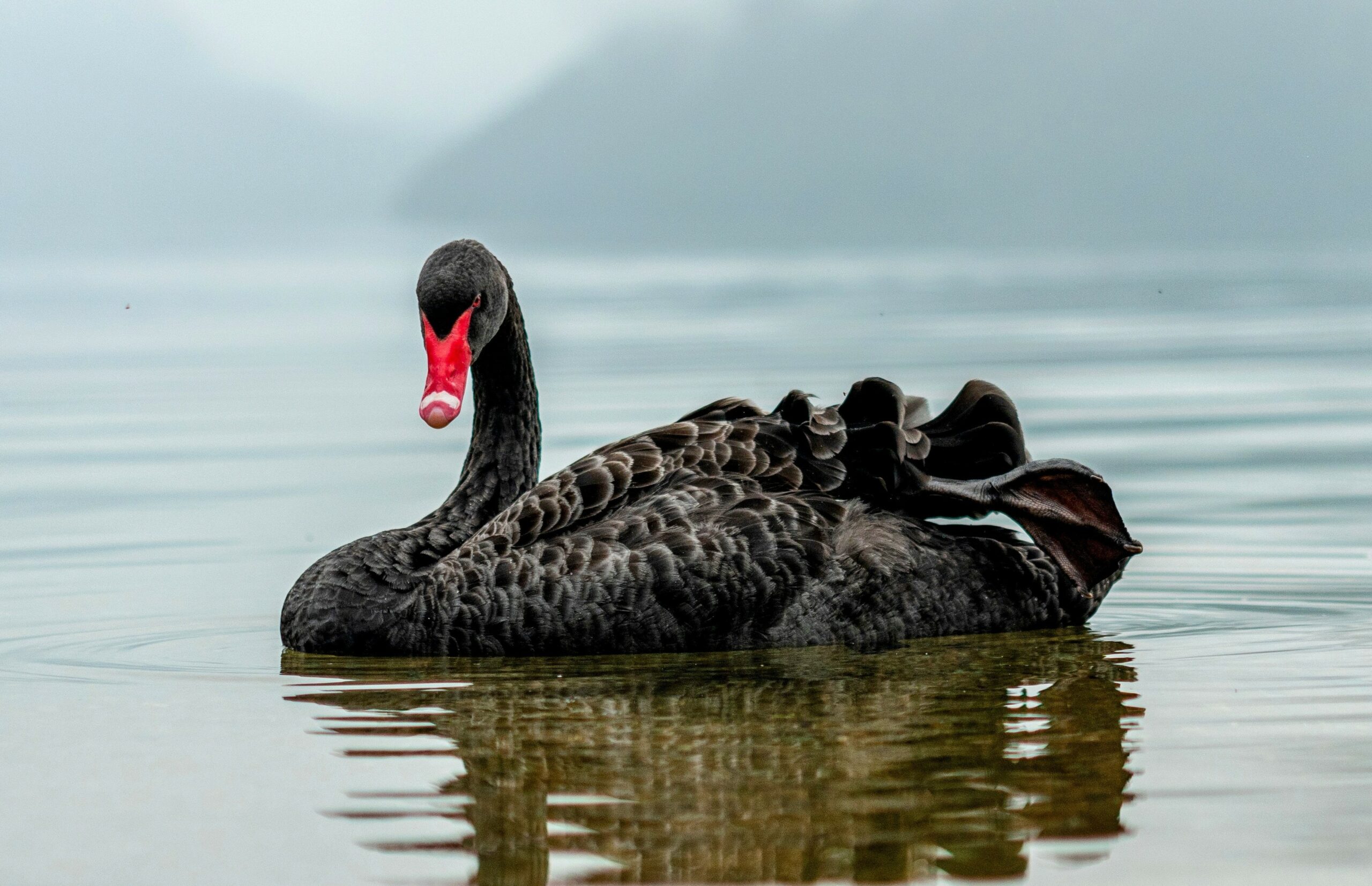 Black swans do not have the genes to survive bird flu

In a study led by the University of Queensland, scientists have investigated the genome of the Australian black swan to examine its susceptibility to infectious diseases. The researchers found that black swans lack some of the immune-related genes that are needed to fight off bird flu and other viral illnesses.

“The Australian black swan (Cygnus atratus) is an iconic species with contrasting plumage to that of the closely related northern hemisphere white swans,” wrote the study authors.

“The relative geographic isolation of the black swan may have resulted in a limited immune repertoire and increased susceptibility to infectious diseases, notably infectious diseases from which Australia has been largely shielded.”

“Unlike mallard ducks and the mute swan (Cygnus olor), the black swan is extremely sensitive to highly pathogenic avian influenza.”

“Our data suggests that the immune system of the black swan is such that, should any avian viral infection become established in its native habitat, their survival would be in peril,” explained Dr. Short.

“We currently don’t have HPAI in Australia, but it has spread from Asia to North America, Europe, North Africa and South America.”

When the bird flu was introduced to new locations, such as Chile and Peru, it killed thousands of wild seabirds, noted Dr. Short. “The risk to one of Australia’s most unique and beautiful birds is very real, and we need to be prepared if we hope to protect it.”

The researchers hope their findings will be able to better protect not only the black swan, but also other susceptible species across the globe.

“We want to increase awareness about how vulnerable Australia’s bird species are to avian influenza and the highly precarious situation they are in,” said Dr.  Short.

The research was funded by the Australian Department of Agriculture and Water Resources and an Australian Research Council Discovery Early Career Researcher Award.