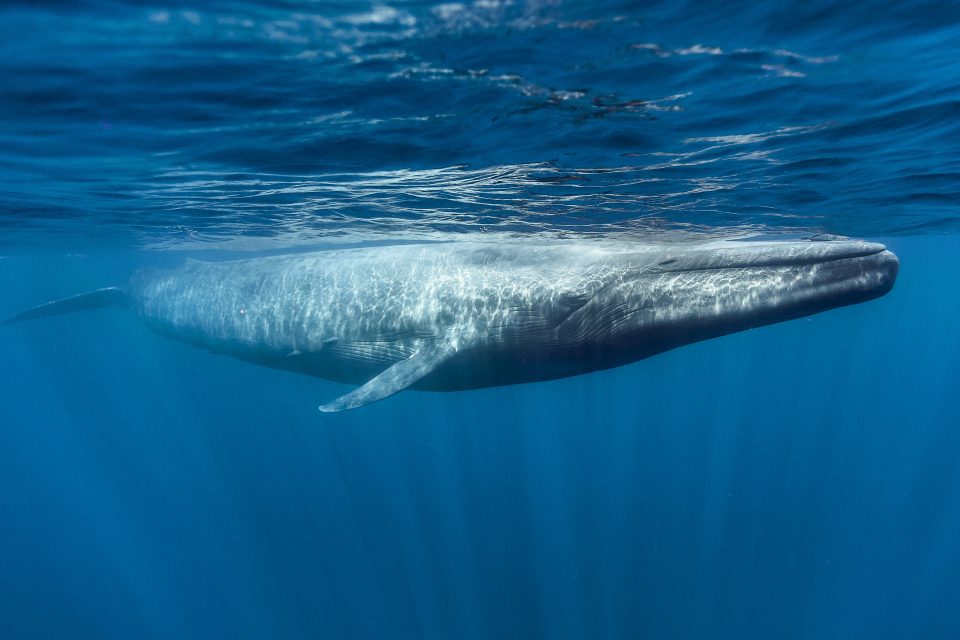 Blue whales sing at night in the summertime, but this pattern of behavior completely reverses when winter approaches. As the whales prepare to migrate to their breeding grounds, they start singing during the day, according to a new study from Stanford University.

“We found that during their feeding season, whales tended to eat during the day and sing at night, but after they had decided to begin their migration, they inverted this pattern and started to produce song primarily in the day, what we refer to as an acoustic signature of migration,” said study first author William Oestreich.

In collaboration with the Monterey Bay Aquarium Research Institute (MBARI), the researchers studied recordings of individual blue whales and their greater populations in the Northeast Pacific. The experts were surprised to discover patterns of whale vocalizations that indicate when the animals are migrating from their feeding grounds off the North American coast to their breeding grounds off Central America.

“We were originally interested in trying to characterize the seasonal pattern of their presence and different types of sounds that they make, but as we started to dig into the data analysis, we noticed this dramatic separation of the song production during the daytime versus the nighttime,” said Oestreich.

Blue whales have distinct breeding and feeding seasons that are separated by long migrations of hundreds to thousands of miles.

“You can imagine the amount of energy required to make that journey is pretty great,” said Oestreich. “That’s compounded by the fact that they’re the largest animal ever to live on Earth. So it makes the timing and intensity of their feeding season critical for their survival.”

Researchers have previously noticed whales singing at different times of the day, but this is the first time these differences have been tied to a broader behavioral pattern.

“This is something that’s been described before in blue whales, but in some studies, they report the day/night difference and in others, there’s no differences. So there’s this discrepancy in the literature about when and why it happens,” said Oestreich.

The study was focused on data from underwater microphones, or hydrophones, and tags that the researchers placed on individual whales to track their movement. The findings confirm that whale songs are not used strictly for mating calls.

“An unexpected part of this work is that whale songs are typically thought of only in a mating and reproductive context,” said Oestreich. “We don’t dispute that, but it’s interesting that there’s this kind of secondary utility of song in terms of detecting foraging or migration based on the time of day the sounds are being produced.”