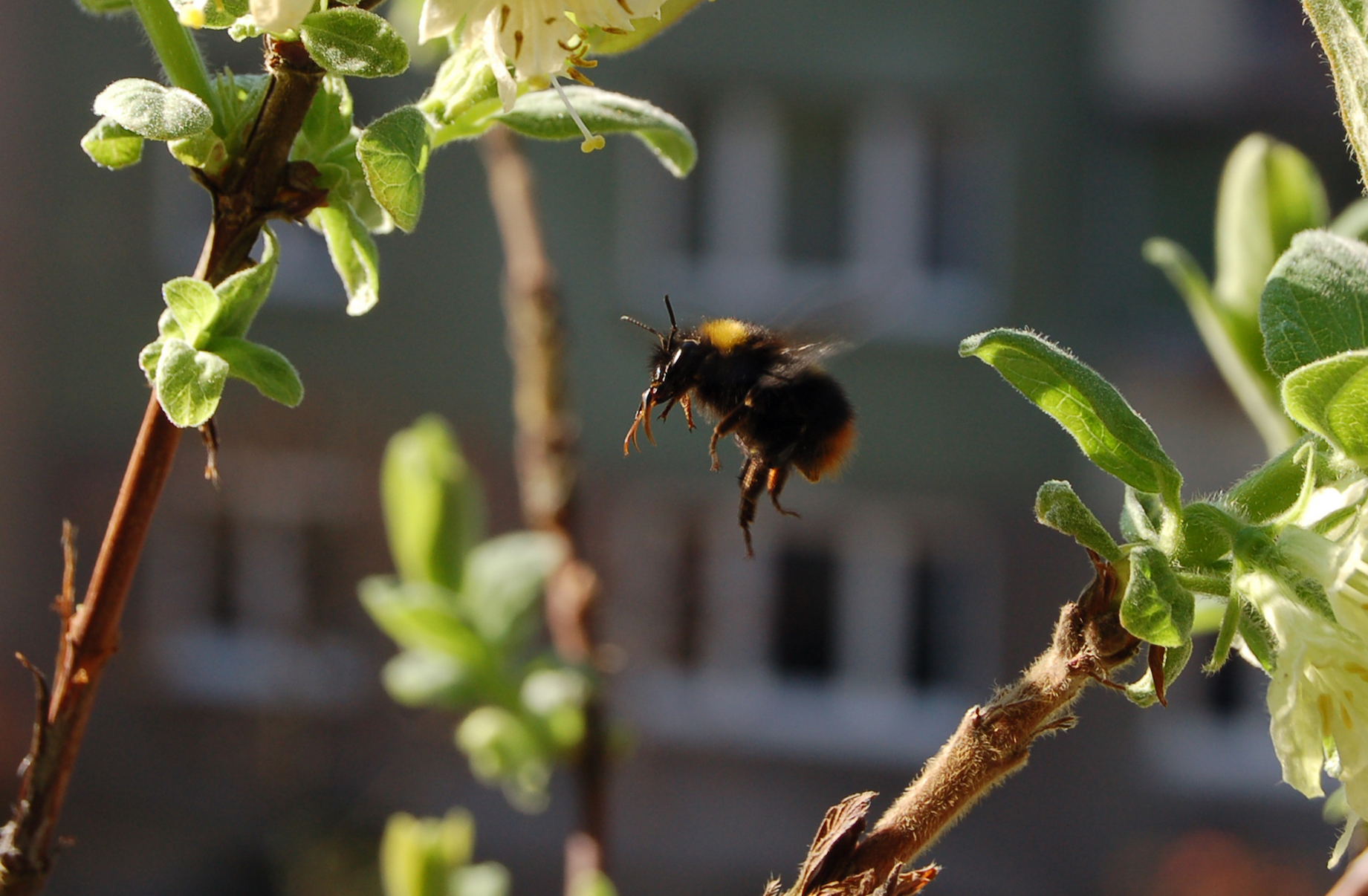 Researchers at Royal Holloway University have found that bee colonies actually thrive in urban areas. Bumblebees that relocated to the city produced more offspring and grew populations around three times larger compared to those in rural areas.

A team including PhD student Ash Samuelson set out to discover why bees move into urban areas in the first place.

“We found that bumblebee colonies placed in agricultural areas produced significantly fewer reproductive offspring than those in villages or city sites,” said Samuelson.

“This means that these colonies would be less able to pass their genes onto the next generation. We also found that agricultural colonies were smaller and had less stored food, which may have contributed to the lower reproductive success.”

According to the experts, threats such as pesticides, land-use changes, parasites, and disease may have made city gardens and green spaces much safer habitats for bumblebees. The widespread loss of wildflowers and crops is also pushing bees out of their traditional habitats.

Study co-author Dr. Richard Gill is a senior lecturer in the Department of Life Sciences at Imperial College London.

“These results suggest that we may need to focus more attention on supporting bumblebees in areas of heavy agricultural practices.”

The team captured 176 foraging queens from Windsor Great Park and relocated them across 114 sites in and around London.

The bumblebee colonies in the city showed many improvements, including an increase in the amount of food stored, more offspring, and a greater ability to avoid parasites.

The 10-week study is believed to be the first of its kind to demonstrate a link between reproductive success and urbanization.

“Reductions in forage availability in modern agricultural landscapes have been identified as a potential major driver of bee population declines,” wrote the study authors.

“Accordingly, we found less stored pollen and nectar in agricultural colonies than in city or village colonies, suggesting forage availability may be a contributing factor to poor performance at agricultural sites.”

Currently, the Ministry of Justice and the Environment Agency are collaborating with the charity Buglife to identify sites where wildflower habitats could be cultivated including prisons and seawalls.

“Although it seems counterintuitive that the ‘unnatural’ environment of a city is beneficial to bees, we have to remember that modern agricultural areas are also very far from the habitats in which these bees evolved,” said Samuelson.

“So while we were surprised by the magnitude of the effect of urbanization on bee colony success, the fact that bees performed poorly in farmland reflects the increasingly apparent realization that intensive agriculture has negative impacts for wildlife.”