Bureau of Land Management continues to plot a new course under Trump • Earth.com 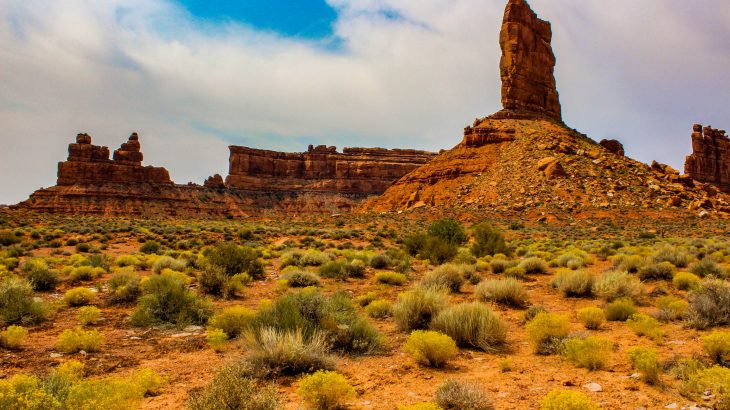 The Bureau of Land Management (BLM) doesn’t usually garner as much attention as other land management agencies in the US. There’s no ursine spokesperson like Smokey the Bear for the Forest Service, no hugely famous parks like Grand Canyon or Yellowstone. The BLM doesn’t seem to be as well known by many members of the public, yet it quietly oversees the management of more land than any other US agency.

The BLM oversees the management of roughly 245 million acres, about one tenth of America’s total land. The BLM also manages 700 million acres of subsurface minerals, along with 28 National Monuments, 17 National Conservation Areas, and other areas including a forest reserve. The BLM, like the US Forest Service, is a multiple-use conservation agency, balancing priorities of grazing, recreation, mineral extraction and wildlife habitat, among others. As a multi-use agency, there are potential conflicts between varying management goals, conflicts managed by the agency’s leadership.

As a federal agency based in Washington DC and managing mostly western land (in the eastern states there are only five BLM sites in three states), the BLM has often been met with distrust by many westerners. The BLM is not unique in this regard, as the Forest Service and the National Park Service were also at odds with those in the west wanting to exploit as much of the land as possible for personal gain. As with many other conservation agencies under the Trump administration, the BLM has turned over a new leaf, giving its critics much of what they asked for and steering the agency in a new direction.

The BLM has changed leadership drastically, but it’s also changing its home headquarters in an apparent effort to be more accessible to those living near the land they manage. In an interesting twist, the BLM has chosen my old hometown, Grand Junction, Colorado, as its new headquarters, CPR reports. Grand Junction is of course close to a great deal of BLM land, and it’s also a city with an estimated population of 63,374 people, quite a change from Washington, DC.

The argument for moving the BLM headquarters to the western US is an old one, championed by western politicians including Colorado Republicans and former Secretary of the Interior, Ryan Zinke. Moving the BLM seems to be along the same vein of argument for turning over federal land to the states for local citizens to manage rather than Washington. The thinking goes that if state governments can’t manage the land themselves, bring the land managers to the land they’re managing.

Arguments such as these were used to shrink Bear’s Ears National Monument and Grand Staircase-Escalante National Monument, both managed by the BLM. Many supporters of the monuments, especially Bear’s Ears, contend that it was supported by locals – Native Americans who were not consulted properly when the monument was shrunk under Trump. In reality, the issue is about capitalist exploitation or conservation more than it is about local or national governance. It’s unclear what real policy changes will be made by moving the physical location of the BLM, but it seems to be one of the less controversial changes.

The new second in command at the BLM started work on July 15 along with the leadership of the Department of the Interior as a whole also signal changes in the department that may undermine the conservation goals of the agency. William Perry Pendley, the new second in command at the BLM, was previously a right wing lawyer and pundit who claims climate change is “junk science,” Media Matters reports. Pendley has also baited Kamala Harris and others with race-tainted, ignorant tweets. In one tweet, Pendley said,

“There was a little boy in Cheyenne, Wyoming who was bused to five different elementary schools. That little boy was me.  I got over it @KamalaHarris you should too.”

It seems Pendley doesn’t even understand the basics of busing and whether Kamala Harris was for or against it. More disturbing perhaps for his new role, Pendley’s views seem to fly in the face of BLM’s management role. Pendley was previously President of Mountain States Legal Foundation, a conservative non-profit based in Colorado.

According to Mountain States Legal Foundation’s website, their goal is “defending the constitution, protecting property rights, and advancing economic liberty.” The non-profit goes on to name as enemies of their goal as “big government agencies, well-funded liberal special interest groups…unaccountable bureaucrats…”

Of course bureaucracy and ‘big government’ are parts of the BLM as a federal agency, more disturbing is that the non-profit goes on to deride as attacks on liberty, regulations on hunting, fishing and ranching, basic public land regulations that are an integral part of the BLM’s mission. Indeed, the main mission of the Mountain States Legal Foundation seems to be to challenge in court environmentalists and land or environmental regulatory agencies to protect people’s ‘right’ to use or abuse land as they see fit no matter the environmental cost.

Besides denying climate change science, Pendley himself has called the Endangered Species Act ‘a joke’. This is in line with the new direction BLM and other agencies seem to be taking under Trump.

E&E News reports that Casey Hammond, Acting Director of the BLM, was told to remove standard language from the BLM news releases that describe the agency as helping to conserve public lands for future generations. Casey Hammond also spoke at a Property Rights Foundation of America meeting, an organization eerily similar in its outlook to the Mountain States Legal Foundation.

All of this together, as well as Secretary of the Interior Bernhardt’s own roots in Rifle Colorado, a mere hour drive from Grand Junction, make the physical move of the BLM seem calculated and sinister to those who care about public land or conservation. Bernhardt is of course a former oil lobbyist himself. It’s easy to imagine that a Bureau of Land Management with new leadership and new headquarters will indeed no longer be involved in conserving public lands for future generations but privatizing public resources for the benefit of a few.