California's coast is vanishing due to land subsidence • Earth.com 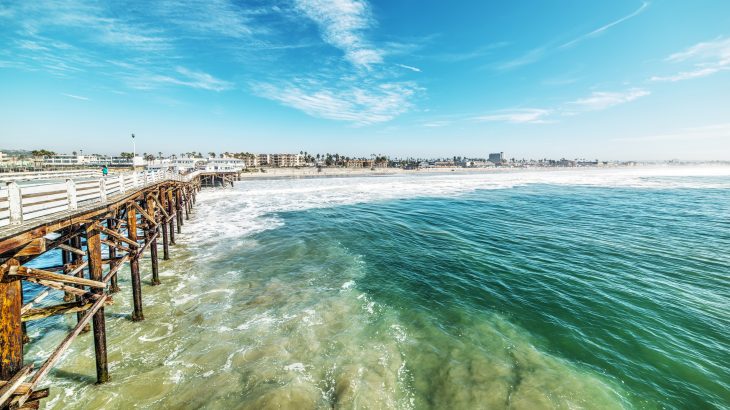 California’s coast is vanishing due to land subsidence

A new study from Arizona State University has pinpointed, for the first time, which regions on the California coast are the most vulnerable to a phenomenon known as land subsidence, which is the sudden sinking or gradual downward settling of the ground’s surface.

The California coast has been largely spared from sea level rise for decades, but the trend is now set to reverse, and the coastline has already started disappearing due to land subsidence.

The ASU team used satellite-based interferometric synthetic aperture radar (InSAR), which can detect the land surface rise and fall with millimeter accuracy, to identify places on the California coast that are sinking.

The study revealed sinking coastal  hotspots in San Diego, Los Angeles, Santa Cruz, and San Francisco. These cities have a combined population of 4 to 8 million people, who will be increasingly exposed to rapid land subsidence and a greater risk of flooding in the coming decades.

“We have ushered in a new era of coastal mapping at greater than 1,000 fold higher detail and resolution than ever before,” said study co-author Manoochehr Shirzaei. “The unprecedented detail and submillimeter accuracy resolved in our vertical land motion dataset can transform the understanding of natural and anthropogenic changes in relative sea-level and associated hazards.”

Natural processes can cause land subsidence such as tectonics, sediment loading, and soil compaction. Subsidence can also be caused by human activities including groundwater extraction and oil and gas production.

By 2005, there were approximately 40 million people who were exposed to a “100-year” coastal flooding hazard. By 2070, this number will more than triple. The value of property exposed to coastal flooding will be in the trillions of dollars, and the countries with the highest exposure will be the United States, Japan, and the Netherlands.

However, these estimates often rely solely on projections of global average sea level rise and do not account for vertical land motion.

The current study measured the entire 1,350-kilometer long coast of California from 2007 to 2018, compiling thousands of satellite images over time to make a vertical land motion map with unprecedented resolution.

The four metro areas that are most affected by land subsidence are San Francisco, Monterey Bay, Los Angeles, and San Diego.

“The Monterey Bay Area, including the city of Santa Cruz, is rapidly sinking without any zones of uplift. Rates of subsidence for this area reach 8.7 mm/year. The Los Angeles area shows subsidence along small coastal zones, but most of the subsidence is occurring inland.”

By 2050, the global coastal population is expected to grow to over one billion people. It is critical that land subsidence is included in regional projections of future flood risk along with sea level rise.

The ASU team is hopeful that others in the scientific community can build on their findings to measure and identify coastal hazards more broadly in the United States and all over the world.