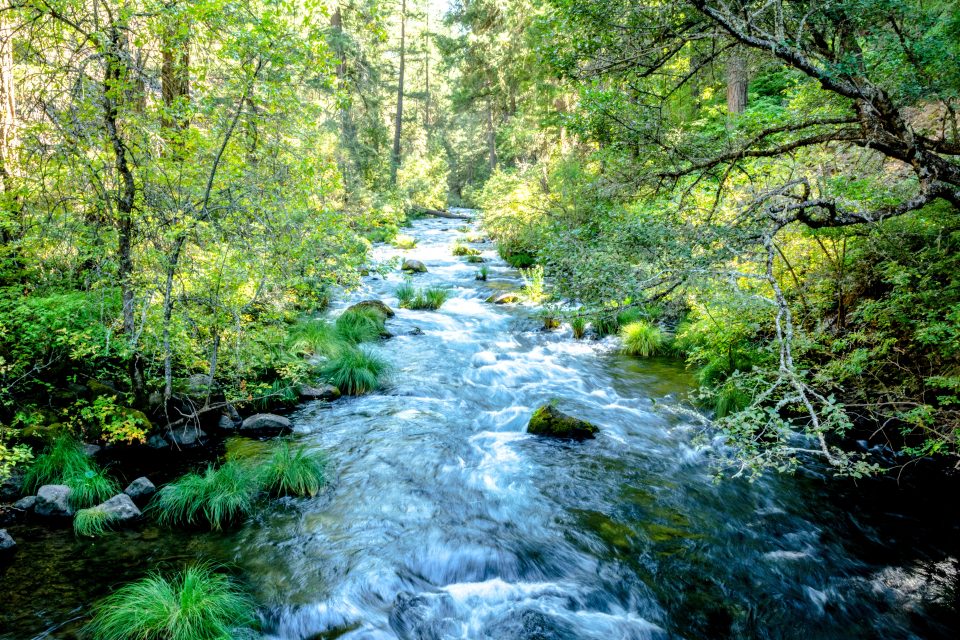 Biodiversity hotspots along streams and rivers in California are threatened by intensive water management. Rare plant species living in streamside forests can benefit from water that humans are diverting for their own needs, but these benefits are only short term, according to a new study from the SUNY College of Environmental Science and Forestry.

The experts report that natural communities have become dependent on an artificial water supply, threatening their long-term survival.

As water is rerouted from rivers, an environment is created that promotes a “live fast, die young” strategy among the trees in streamside forests. These trees peak and decline within a few decades, according to the report.

Furthermore, the extensive changes to streams and river channels are fixed in place, which means that there are no new floodplain areas where young trees can become established.

Plants and animals in California rely on the rainy winter and spring seasons to replenish their water supply. Trees in streamside forests, including willows, cottonwoods, and oaks, seek out groundwater to survive dry summers.

The researchers analyzed five years of vegetation greenness data from Google Earth satellite imagery. They found that many streamside forest ecosystems are dependent upon “subsidies of water” provided by human regulation of rivers, agricultural canals, and discharges from wastewater treatment plants.

Rohde said the discovery of this artificially stable environment was a “mind bender.” In the most arid regions of the state, altered streamside communities remained greener for longer into the dry season. These ecosystems were less responsive to changes in groundwater levels.

California’s Central Valley produces a third of the produce for the United States. This is also site where many of the most-altered stream ecosystems were identified.

The researchers noted that 95 percent of the natural floodplain woodlands have been cleared across the region since the Gold Rush of the 1850s. The isolated streamside forests that remain provide important habitats for many endangered species.

“We call these forests the ‘living dead’ because the forest floor is devoid of saplings and younger trees that can replace the mature trees when they die,” said study lead author Melissa Rohde.

“California is one of the most biodiverse regions in the world, containing more species than the rest of the United States and Canada combined.”

“In the midst of the sixth mass extinction, the long-term sustainability of California’s river ecosystems and the preservation of the rare and endemic species that live within them now rely on the deliberate, coordinated management of resource and government agencies.”

Insights from the study will be used to provide scientific guidance to California natural resource agencies for sustainably managing streamside ecosystems.

“We need to be more intentional in incorporating ecosystem water needs when we manage water – both for aquatic organisms and species on land,” said Rohde.

“These forest ecosystems are in a precarious state because we have disrupted the natural hydrologic processes that these plant species rely upon to support and sustain key life processes.”