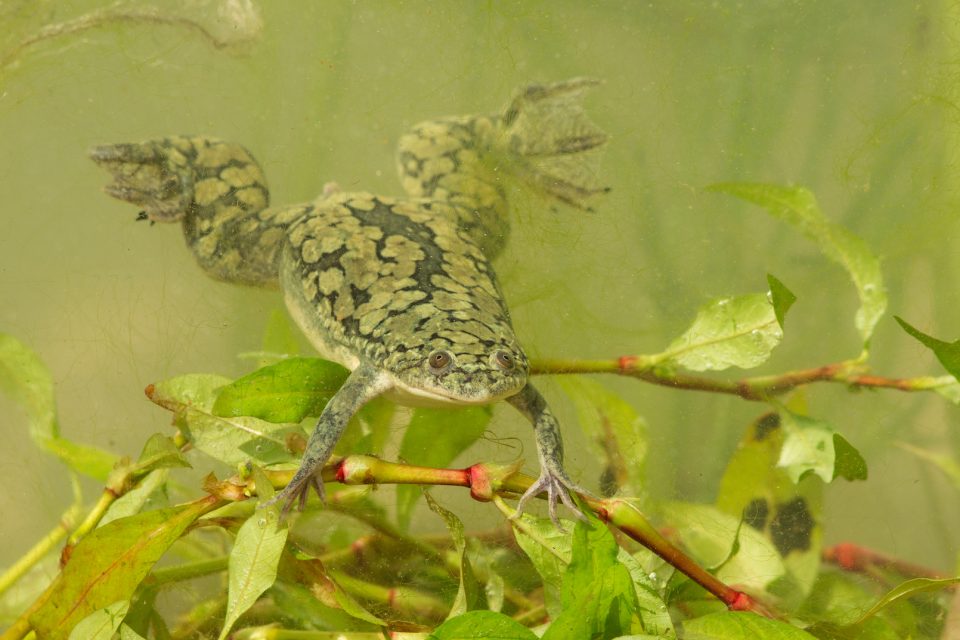 African clawed frogs are known for being cannibals of their own offspring, and experts at Stellenbosch University in South Africa wanted to know if the tadpoles of other species of frogs were also at risk of being devoured by them. In particular, the team was concerned about the safety of tadpoles belonging to an endangered species in Cape Town known as Cape platanna.

The researchers placed African clawed frogs in tanks with tadpoles from both their own species and from those of the Cape platanna. The study confirmed the scientists’ fears, revealing that the frogs preferred eating the tadpoles of the endangered species.

According to New Scientist, study lead author Dr. John Measey said the findings suggest that the African clawed frog could actually distinguish between the two types of tadpole. Dr. Measey said this is “very bad news for the Cape platanna.”

To help prevent the extinction of the Cape platanna, Dr. Measey believes it may be necessary to physically remove African clawed frogs.

The invasive frog species has now managed to spread out across four continents. This is due, in part, to a significant pet trade in the 1950s and 1960s. The African clawed frogs are native to the cooler regions of sub-Saharan Africa, but not to Cape Town.

The research is published in the African Journal of Ecology.