Scientists in Iceland are capturing CO2 and storing it in rocks • Earth.com 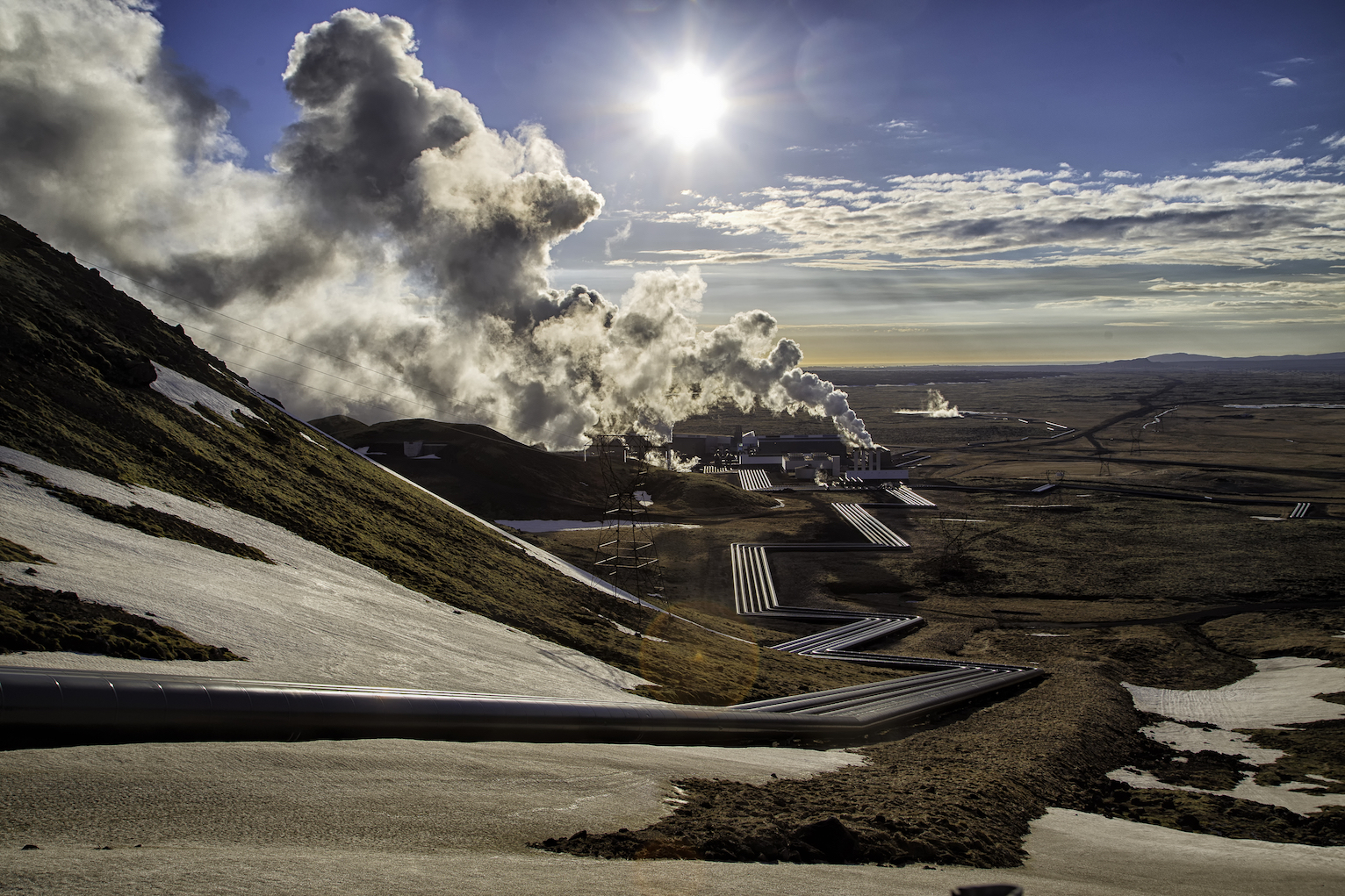 Scientists in Iceland are capturing CO2 and storing it in rocks

Scientists in Iceland are not just trapping carbon dioxide (CO2) and storing it underground – they have developed a way to solidify the gas and turn it into rocks so that the CO2 will not reach the atmosphere for millions of years.

The Hellisheidi power station is the largest geothermal plant in Iceland, where heat from the Earth is converted to electricity. BBC News is reporting that Hellisheidi is also the site of a revolutionary approach to carbon capture and storage (CCS).

The project, which is known as Carbfix, was developed by an international team led by Reykjavik Energy. According to BBC News, CarbFix has evolved from an experiment to a permanent solution since trials were first launched in 2014. The technology currently stores a third of the power plant’s carbon emissions, with 10,000 tons of carbon removed last year.

The process begins with trapping waste CO2 and dissolving it into water, which is pumped over 3,000 feet into the ground. The CO2 solution ultimately binds with porous basalt and turns into calcites that fill in the pores of the rocks.

With about 130 active and inactive volcanoes, Iceland has the ideal landscape for this CCS process because it is made up primarily of basalt, volcanic rock formed by the rapid cooling of lava. Carbon dioxide easily bonds to the calcium, magnesium, and iron found in basalts, which help the carbon harden into a mineral form.

Professor Sigurdur Gislason told BBC News that the solidification process of captured carbon was predicted to take “decades to thousands of years,” but the team found that it hardened in just around 400 days.

CarbFix geologist Sandra Snaebjornsdottir pointed out to the news outlet that this method of CCS could be implemented anywhere there is water and basalt, which is the most common rock in the world.

“The storage capacity is such that, in theory, basalts could permanently hold the entire bulk of CO2 emissions derived from burning all fossil fuel on Earth,” said Snaebjornsdottir.