Carnivores that eat human foods are altering their ecosystems • Earth.com 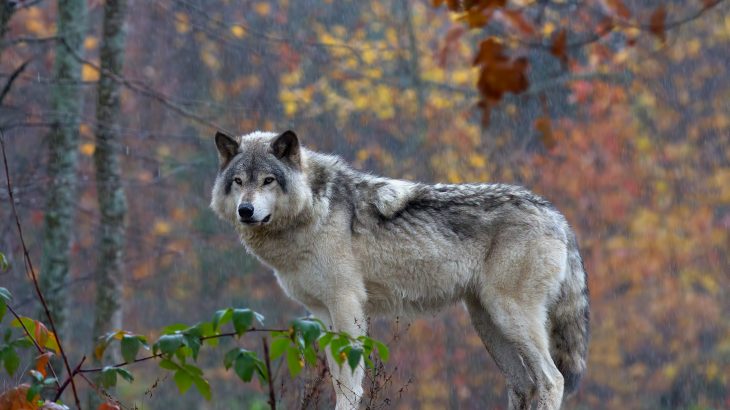 Carnivores that eat human foods are altering their ecosystems

In a new study from the University of Wisconsin-Madison, experts have determined that carnivores living near people are eating so much human food that it has become a threat to their ecosystems. The researchers found that more than half of the diets of these animals come from human sources, and the consequences could put North America’s carnivore-dominated ecosystems at risk.

The study is the most comprehensive of its kind to evaluate how major carnivores like gray wolves, coyotes, and bobcats have changed their diets in response to people.

The researchers analyzed the diets of seven predators across the Great Lakes region. Bone and fur samples of more than 700 species were collected from diverse sites, ranging from remote national parks to metropolitan areas like Albany, New York. The study revealed that the closer the carnivores lived to cities and farms, the more human food they ate.

Evolution shaped predators to compete for different resources, but having a common food source will put new species in conflict with each other. The ecological balance between different carnivores, and between predators and prey, could be completely disrupted.

The amount of food eaten by the animals varied by location to a great degree. In the most human-altered habitats, an average more than 25 percent of the carnivores’ diets came from human sources, and some species indulged more than others. Bobcats, for example, ate a relatively small amount of human food.

“But what you see is that the sort of generalist species that you might expect – coyotes, foxes, fishers, martens – in human-dominated landscapes, they’re getting upwards of 50 percent of their diet from human foods,” said study lead author Phil Manlick. “That’s a relatively shocking number, I think.”

The study revealed that relying on human food sources increased how much carnivores overlapped in their competition for food. Heavy reliance on human food could also make the carnivores vulnerable to human attacks near towns, or change how and when they hunt traditional prey.

Considering the geographic extent of the study and the large number of species involved, the trend of human-sourced food in carnivore diets is widespread, and the consequences are not yet clear.

“When you change the landscape so dramatically in terms of one of the most important attributes of a species – their food – that has unknown consequences for the overall community structure,” said Professor Jon Pauli. “And so I think the onus is now on us as ecologists and conservation biologists to begin to understand these novel ecosystems and begin to predict who are the winners and who are the losers.”