California’s thirst: is the catastrophic drought finally over? • Earth.com 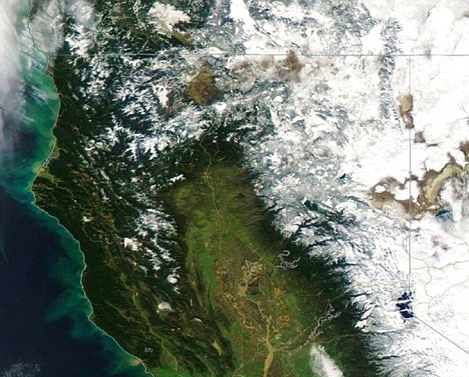 California’s thirst: is the catastrophic drought finally over?

For the past 5 years, California has been plagued with a catastrophic drought that has led to water restrictions and serious concerns about crop production. But recent photos taken from space indicate that the Golden State’s water woes may finally be over.

The photos, released by NASA, show the striking difference between the effects of the catastrophic drought on the California landscape in January 2014 and January 2017. Satellite images show a deep snowpack, a good indication for lakes and rivers as it melts during the warmer months. The images also reveal gloriously green vegetation and rivers that are now running freely. 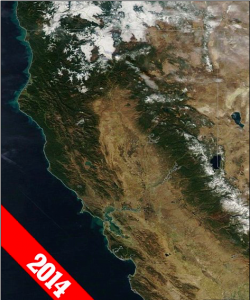 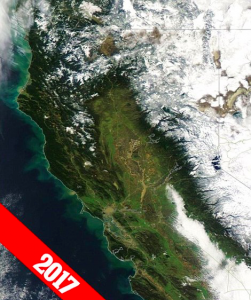 This abrupt turnaround comes mostly due to a series of strong storms that hit the state last week. They brought intense rains that caused rock slides, accidents, and destruction that included the toppling of the iconic Pioneer Cabin Tree in Big Trees State Park. The storms dumped 21 inches of water onto northern California in just two weeks, putting some neighborhoods underwater. The Russian River overflowed its banks, closing roads and stalling cars that ventured into the flooded roadways.

Despite the destruction, the rainfall has been a welcome relief for climatologists, farmers, and people who enjoy California’s rivers and lakes. Reservoirs in Northern California have reclaimed nearly one million acres of storage according to a climatologist for the California Department of Water Resources. Before and after photos of Brown’s Ravine and Lake Oroville show a striking difference in water levels.

CNN reports that the state is currently only 42 percent drought free. Talking to the New York Times, Felicia Marcus, the head of California’s Water Control Resources Control Board, was cautiously optimistic. “It’s a little early to have a drought’s over party,” she said. However, with more heavy rain expected, the numbers will likely continue to improve. 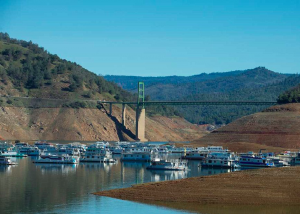 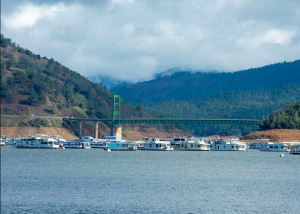