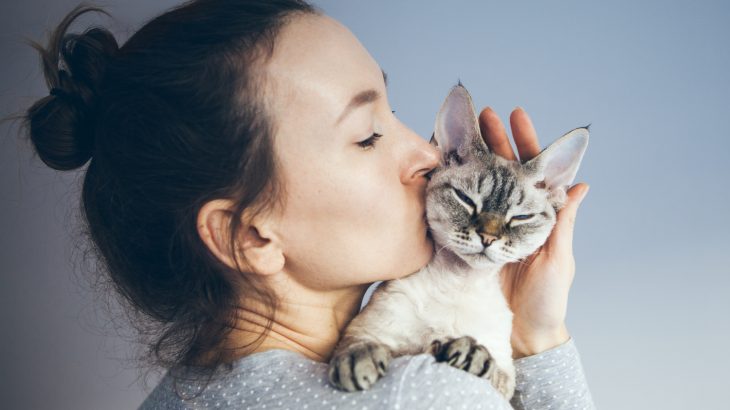 Cats develop attachments to humans just like babies and dogs

Cats develop attachments to humans just like babies and dogs. A new study from Oregon State University has produced the first empirical evidence that cats form attachments with their caretakers that are similar to the bonds formed by children and dogs. According to the researchers, the findings suggest that this bonding ability across species must be explained by traits that are not specific to canines.

Study lead author Kristyn Vitale is a researcher in the Human-Animal Interaction Lab in OSU’s College of Agricultural Sciences.

“In both dogs and cats, attachment to humans may represent an adaptation of the offspring-caretaker bond,” said Vitale. “Attachment is a biologically relevant behavior. Our study indicates that when cats live in a state of dependency with a human, that attachment behavior is flexible and the majority of cats use humans as a source of comfort.”

The researchers presented the cats with a “secure base test,” which is similar to a test that has been used to study the attachment behaviors of infants and dogs. The cats spent two minutes in an unfamiliar room with their caregivers, followed by two minutes alone, and then a two-minute reunion phase.

During the reunion, cats with secure attachment to their humans were less stressed. These cats were found to balance their attention between their caregivers and their surroundings as they continued to explore the room.

Behavioral experts watched recordings of the tests, which were conducted on both kittens and adult cats, to categorize the animal’s actions based on the same criteria that have been used to describe attachment patterns in infants and dogs.

“Once an attachment style has been established between the cat and its caregiver, it appears to remain relatively stable over time, even after a training and socialization intervention,” said Vitale.

Like most domesticated animals, cats retain several juvenile traits into maturity and remain dependent on humans for care, explained Vitale. Among 38 cats that were at least one year old, the team found that 65.8 percent were secure and 34.2 percent were insecure – nearly the same ratio that was observed among the kittens.

Vitale said it was surprising to find how closely the proportion of secure and insecure attachments in the kitten and adult cat populations matched the human infant population. It has been previously established that 65 percent of human babies are securely attached to their caregiver.

“Cats that are insecure can be likely to run and hide or seem to act aloof,” said Vitale. “There’s long been a biased way of thinking that all cats behave this way. But the majority of cats use their owner as a source of security. Your cat is depending on you to feel secure when they are stressed out.”