Cats are more friendly than you think, but take cues from humans • Earth.com 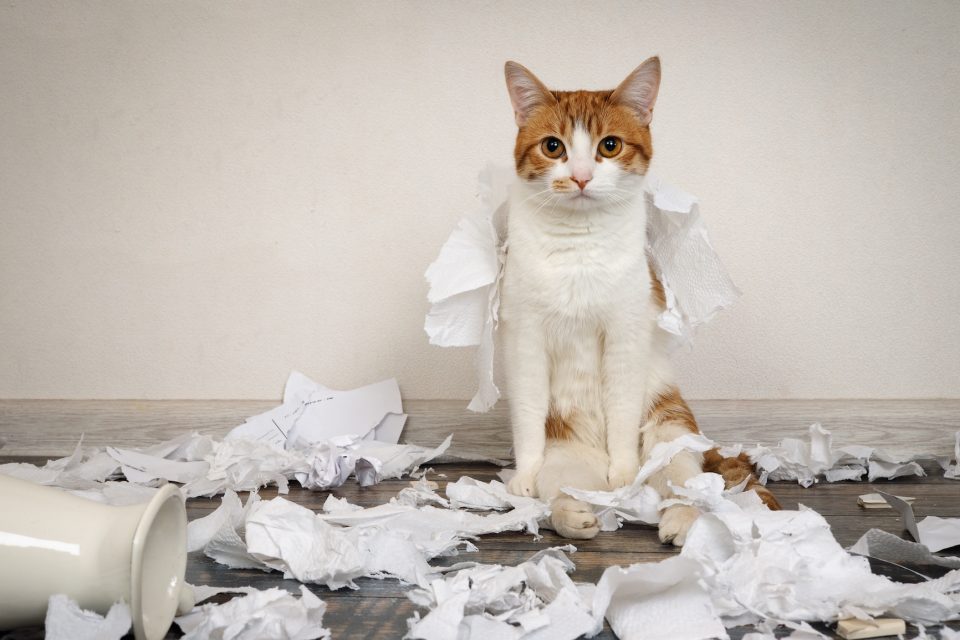 Cats are more friendly than you think, but take cues from humans

Cats are more friendly than you think, but take cues from humans. While dogs have long been known as man’s best friend, cats are famous for their grumpy and aloof attitude. Dogs run to greet us at the door when we get home, meanwhile cats knock over our favorite possessions while staring right at us. But studies show that cats are not necessarily unsocial, they just take cues from our behavior.

A recent study, published in Behavioural Processes this month, looked at the influence of human attention on cat sociability. The authors note that little research has been conducted on cat social behavior, which may be a result of the perception of cats as unsocial.

“Although many think of cats as solitary, domestic cats are facultatively social and can live either socially or solitarily, depending on their environment and upbringing,” the authors write.Cats are more friendly than you think, but take cues from humans

For the study, researchers examined cat-human interactions to measure the cats’ time near humans, time directly interacting with humans and number of meow vocalizations. The human participants would enter the room and either sit on the floor and ignore the cat or interact with the cat by calling and petting the cat.

The researchers found that cats spent significantly more time socializing with attentive humans rather than humans who ignored them.

Previous studies on cat behavior have also found that human behavior affects a cat’s behavior. A study which examined first encounters between humans and cats found that cats initiated contact more quickly with humans who gave them attention over those who ignored them.

Cats have even been shown to respond to humans’ emotional cues. In a 2015 study, cats were given either a positive or negative message from their owners in the presence of an unfamiliar object. Cats in the study altered their behavior towards the object based on whether their owner was using happy or fearful tones and expressions.

Studies on cat behavior illustrate how our beliefs about cats may be too simplistic. Instead of simply being less friendly, cats may be responding to cues they receive from humans. While dogs often need direct interaction through walks and regular feedings, cats are more independent and, therefore, do not need as much attention. Cat owners may inadvertently be less attentive towards their cats, causing the cats to respond with less social interactions.

In addition, the evolutionary history of cats and dogs may play a role. According to the 2015 study, “Whereas cats’ ancestors were solitary, and today this species is dubbed ‘optionally social’ (i.e. likely to choose whether to establish strong relationships or simply tolerate social situations), dogs’ ancestor were pack-living animals and dogs today have been shown to organize in multi-male, multi-female packs when food is prevalent.”

Cats also have individual personalities which can affect their sociability levels. Just like humans, some cats may be in your face looking for attention while others prefer their own company. But overall, cats seem to want to interact with us, they just don’t always want to initiate.

Hopefully, this new research can teach us all to give our kitty companions a little more love and attention.