Why the centralized approach to limit global warming is not working • Earth.com 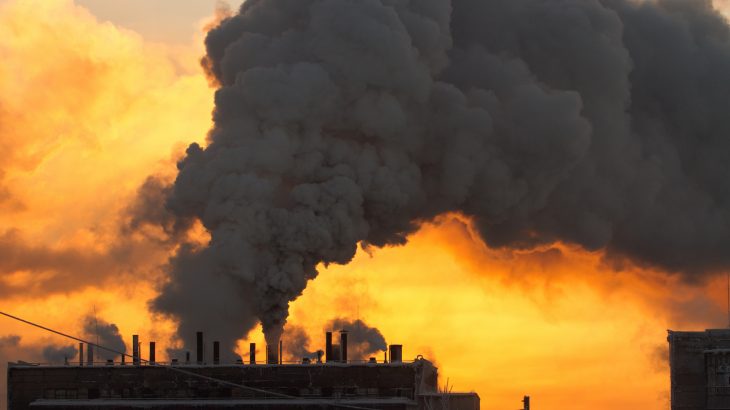 Why the centralized approach to limit global warming is not working

In 2015, representatives from nearly 200 nations pledged to take the necessary action to lower harmful greenhouse gas emissions in an unprecedented worldwide effort to address climate change. The primary goal was to limit global warming to well below 2 degrees Celsius above pre-industrial levels, while pursuing efforts to limit warming to 1.5 degrees.

The targets would help to avoid the acceleration of climate change and its potentially catastrophic effects, such as sea-level rise, more extreme weather events, and the loss of sea ice. The climate will inevitably continue to change, but to what extent depends mainly on whether the global community can reduce the heat-trapping gases that are being released into the atmosphere.

But now, five years after the historic Paris Climate Agreement, the emissions of carbon dioxide, methane, and other greenhouse gases are still on the rise. At the current rate of emissions, the 2°C limit will be exceeded over the next three decades.

Experts at the Institute for Advanced Sustainability Studies (IASS) are reporting that, since the centralized approach to addressing global warming has failed, only greater democratic engagement can reanimate global climate politics.

“Temperatures are continuing to rise, CO2 levels are setting new records every year, and it is becoming increasingly unlikely that we will succeed in even meeting the 2°C goal,” said study co-author Professor Mark Lawrence.

According to the researchers, states have clung for too long to unrealistic scenarios for achieving the global targets. For example, too much emphasis has been placed on techniques for Carbon Dioxide Removal (CDR), which is also referred to as negative emissions.

“The development of CDR is not expected to reach a point where these techniques could remove CO2 from the atmosphere on a climate-relevant scale until the middle of this century,” explained Professor Lawrence, “However, in order to keep temperature rise below two degrees, we need to reduce climate-harming emissions to zero already by 2050.”

The study authors identify “a problematic reliance on future technologies” that are not yet proven to work. They argue that the centralized system has failed to provide an adequate basis for the development and implementation of measures that can effectively halt global temperature rise. As a result, the IASS team warns that humanity must now prepare itself for a future in which global temperature rise will most likely exceed the 2°C target.

The researchers believe that the system of Nationally Determined Contributions (NDCs) offers a more promising approach to addressing global warming because it opens new opportunities for democratic engagement.

“The democratic character of the Paris Agreement acknowledges the diversity of local contexts, and provides a means to reanimate global climate politics and advance transformation processes at more local levels,” said study co-author Stefan Schäfer. “A more democratic politics will also enable us to cope better in a world in which global warming eventually does exceed the 2°C target.”